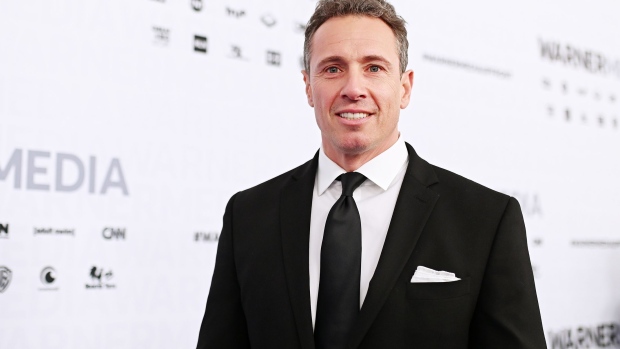 (Bloomberg) -- CNN suspended host Chris Cuomo after documents released by the New York Attorney General’s office showed he used his journalistic position to gather information about sexual-harassment accusations against his brother, Andrew Cuomo, who was then serving as New York’s governor.

“The documents, which we were not privy to before their public release, raise serious questions,” CNN said in a statement, adding that they “point to a greater level of involvement in his brother’s efforts than we previously knew.”

The suspension is indefinite, the network said, pending further evaluation.

The documents, released on Monday, revealed that Cuomo texted the top aide of his brother, Melissa DeRosa, inquiring about allegations against Andrew and offering his help. Cuomo inquired about a then-unpublished story by Ronan Farrow in the New Yorker, for example. The CNN host confirmed to investigators that he spoke with “another journalist” about the Farrow piece, but said he didn’t directly speak to Farrow.

Chris Cuomo didn’t immediately respond to a request for comment.