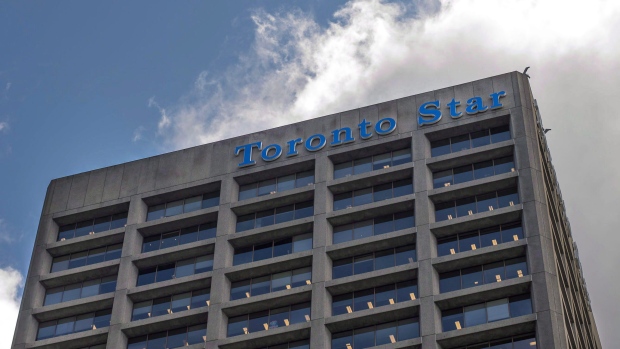 TORONTO -- The Competition Bureau says it has obtained a court order to interview current and former Torstar Corp. employees as part of its investigation into a deal between the company and Postmedia Network Canada Corp.

The bureau says the order granted by the Ontario Superior Court of Justice requires one former and five current employees to be interviewed under oath by its investigators.

The federal competition watchdog has alleged in court documents that the two media companies conspired in their deal to swap newspapers that resulted in the closure of dozens of mostly community publications.

The court documents, filed in March, claimed the companies conspired to agree to divide up sales, territories, customers or markets for advertising or flyer distribution in certain regions.

No charges have been laid and the allegations included in the court documents have not been proven in court.

Torstar and Postmedia have said they do not believe they contravened the Competition Act and that they are co-operating with the investigation. Torstar did not immediately respond to a request for comment on the latest court order.

Torstar holds an investment in The Canadian Press as part of a joint agreement with subsidiaries of the Globe and Mail and Montreal's La Presse.