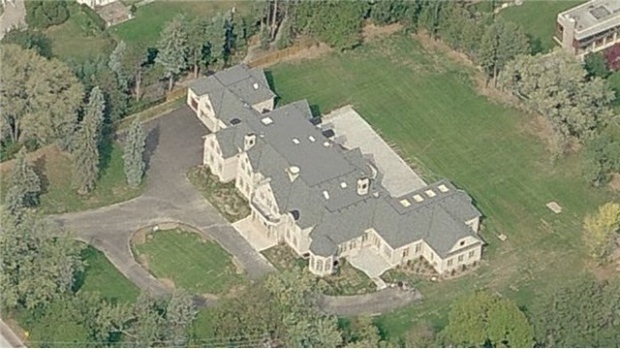 Conrad Black will continue living in his Toronto mansion after selling the property last week for an undisclosed price.

Adam Daifallah, a spokesman for Black, says the former media mogul plans to stay in the house as a tenant.

“The Blacks have sold their home with a lease-back, with the possibility of a buy-back,” Daifallah wrote in an e-mail.

Last week, the auction house managing the sale announced that an offer had been made on the 23,000 square-foot property in Toronto’s tiny Bridle Path neighbourhood.

On its website, Concierge Auctions had valued the nine-bedroom, 11-bathroom home at $21.8-million.

When word of the sale surface last month, Black said he planned to move to a more “manageable home” with his wife, Barbara Amiel-Black, following the sale.

“It is a big house for two people,” he said.

The original home on the estate at 26 Park Lane Circle was built by Black’s father, George Montegu Black, and had been in the family for 65 years.

The Bridle Path, also known as Millionaire’s Row, is home to some of the most expensive real estate in the country.