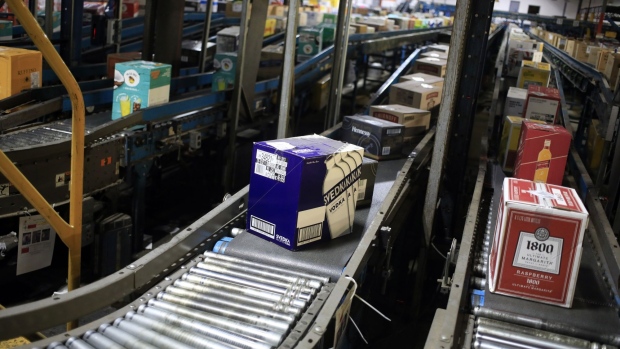 (Bloomberg) -- Constellation Brands Inc. received a nonbinding proposal from the Sands family, its largest shareholder, to switch to a single class of common stock.

Each share of Class B common stock would be converted into 1.35 shares of Class A common stock under the proposal, the alcoholic-beverage company said in a statement Monday. The Sands family would continue to be Constellation’s largest shareholder, while its voting power would be cut to 19.7% from 59.5%, according to a separate regulatory filing.

A simplified structure would be better aligned with the “one vote per share” governance widely supported by corporate governance experts and some investors, the Sands family said. The family said its proposal wasn’t made in connection with any other corporate transaction.

Constellation, whose brands including Corona Extra beer, Svedka Vodka and Robert Mondavi wine, has been in talks about combining with energy-drinks producer Monster Beverage Corp. A deal would create a unique combination of energy drinks, alcoholic beverages and potentially marijuana. Analysts have said potential for cost savings are limited because the companies operate in different segments.

Constellation, based in Victor, New York, has been expanding its beer business while emphasizing acquisition of premium priced alcoholic beverage brands. The company also holds a 38% stake in Canopy Growth, a Canadian-based producer of cannabis products, according to Bloomberg Intelligence.

Class A shares of Constellation were little changed in minimal premarket trading Monday in New York.