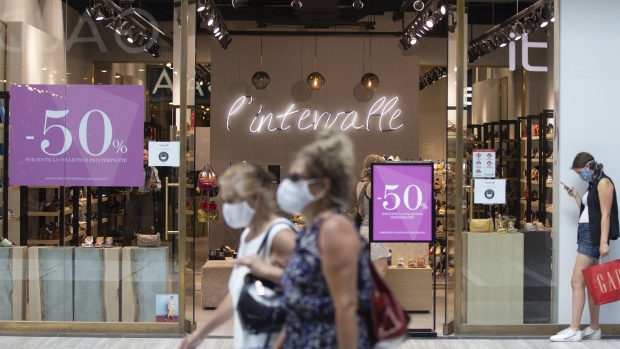 Canadian consumer confidence continued its upward climb last week as COVID-19 cases remain relatively low even with most of the economy open.

The Bloomberg Nanos Canadian Confidence Index, a composite measure of financial health and economic expectations, ticked up to 51.7 last week, from 51 a week earlier. It was the index’s second-straight week above 50, indicating a positive balance of responses. Last week was the first time it reached above 50 since the pandemic began in March.

An uplift in sentiment coincides with recent economic data which suggests a gradual recovery in consumer spending and business activity following widespread shutdowns in March and April. Views on real estate have been driving the overall index higher as the housing market heated up over the summer. However, job security remains subdued, as the the labor market has only recovered slightly more than half of the 3 million jobs shed during the peak of the crisis. 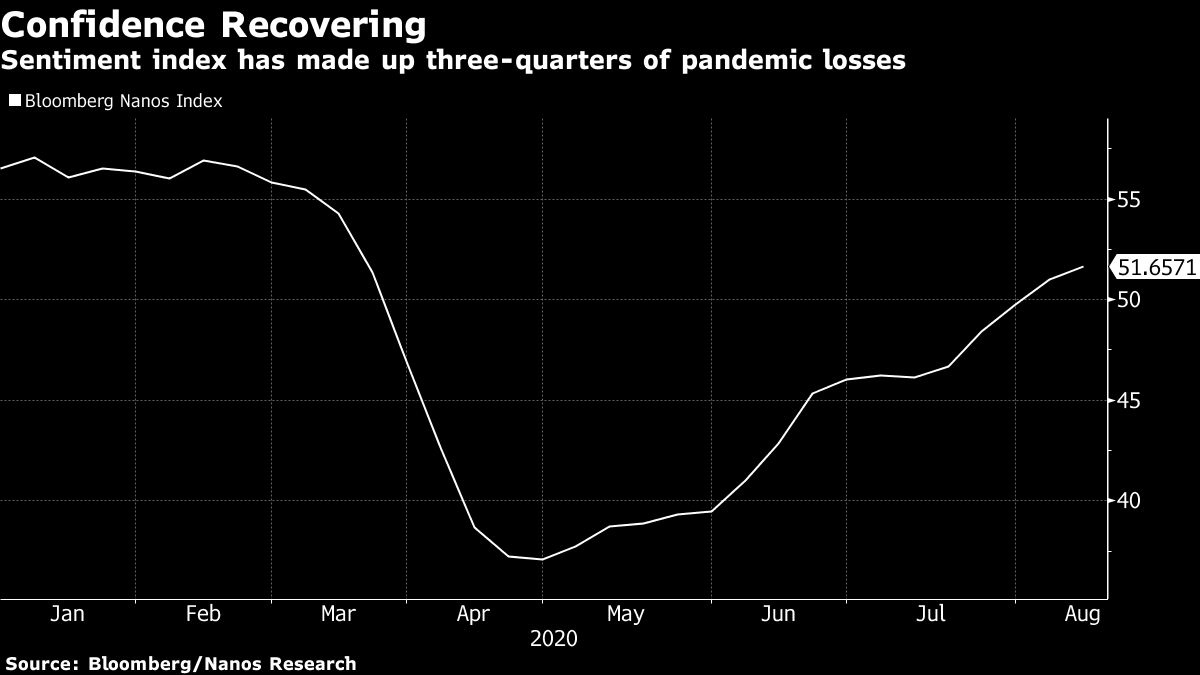