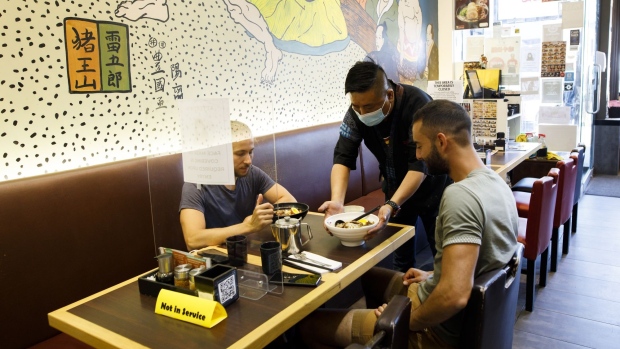 Consumer sentiment in Canada turned positive for the first time since the coronavirus pandemic, with widespread gains across regions and age groups.

The Bloomberg Nanos Canadian Confidence Index, a composite measure of financial health and economic expectations, climbed to 51 last week, from 49.8 a week earlier. A reading above 50 indicates a net positive balance of responses.

The gauge is now at its highest since March 20, immediately after nationwide lockdowns went into effect to contain COVID-19.

The improvement aligns with other indications Canada is slowly returning to a more normal footing after provinces such as Ontario moved to fully reopen their economies. The country’s labor market has recouped more than half of losses in the past three months, after mass business closures put 3 million people out of work.

Views that the economy will be weaker in the next six months fell to 49.7 per cent, the lowest since March, and the gap between pessimists and optimists also narrowed to 26 percentage points, the least since before the outbreak began

Real estate sentiment continues to improve, with 31.6 per cent of respondents expecting the value of housing in their neighborhood to increase in the next six months. That’s up from just 9 per cent at the end of May

Sentiment improved in all regions, apart from a slight decline in Quebec, where readings had already turned positive in July