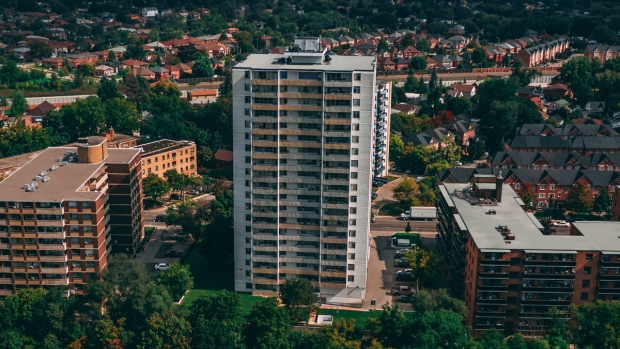 The Astoria Place apartment complex in Toronto is one of Continuum REIT's properties in Ontario. , Image courtesy of continuumreit.com

The highly-anticipated Continuum Residential Real Estate Investment Trust initial public offering has been withdrawn after the company accepted an all-cash offer from Toronto-based Starlight Investments valuing the REIT at more than $1.73 billion, according to a release from the companies.

Continuum had reportedly been looking to raise more than $300 million through an IPO. The initial marketing process for the offering resulted in an order book of more than $1 billion, Dan Argiros, president and CEO of the REIT said in a release.

“During the marketing process, Starlight approached the REIT to acquire its entire portfolio and made an offer that was superior to the IPO opportunity, which would have been priced between $15.50 to $16.50 per unit,” he said. “As a result, we have elected to proceed with the Starlight offer to acquire the portfolio and we will be withdrawing the IPO.”

Continuum currently owns 44 apartment buildings, most of which are in Toronto and Hamilton.

“The opportunity to acquire a 44 building, concrete, multi-residential high-rise portfolio located in the Greater Toronto Area is an extremely compelling opportunity to continue Starlight’s strategic growth,” Starlight president and CEO Daniel Drimmer said in the release.

Michelle Wearing, a portfolio manager at Starlight Capital, spoke highly about the outlook for the IPO on BNN Bloomberg’s Market Call on Oct. 31.

“These are quality assets (and) a good management team,” she said. “If you really think Toronto real estate is extremely hot this is going to be the best way to play it.”

The company has been on a buying spree of late. In October alone Starlight announced the completion of apartment acquisitions in Barrie, Burlington, London and Mississauga, Ont.

In September, Starlight’s $69.9 million offer to purchase the Portage Place mall in downtown Winnipeg was approved by municipal, provincial and federal government regulators.