This week’s drop for iron ore accelerated, with futures sliding as much as 14 per cent to the lowest since December in Singapore on expectations that Chinese steel output and consumption will weaken over the rest of the year, partly as authorities curb pollution. Prices are more than 40 per cent below a record high reached just three months ago.

Metals markets have also been pressured by worries that the Federal Reserve may soon start curbing massive stimulus that helped drive prices higher over the past year, as well as risks from the fast-spreading delta coronavirus variant. Weaker data in the U.S. and China recently added to unease that the global economic recovery is stalling.

Those concerns pushed copper below US$9,000 a ton on Thursday, and tin tumbled as much as 11 per cent as all base metals declined. Mining stocks also slid, with BHP Group, Rio Tinto Group, Glencore Plc and Antofagasta Plc down more than 3 per cent. Oil buckled, retreating below US$65 a barrel to the lowest since May, and grains and soft commodities fell too. 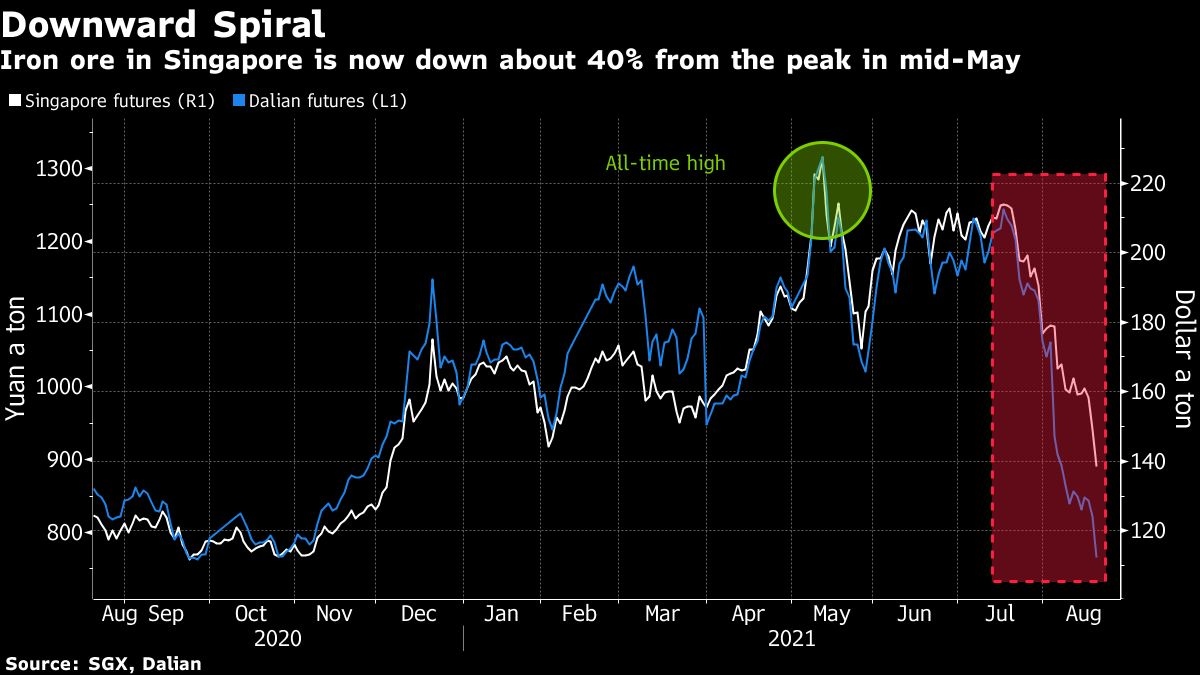 The “primary drivers are still very much fears about global growth due to the delta variant, above all in Asia/China, along with the Fed signal that it is getting closer to tapering, strengthening the dollar and weighing on commodities in general,” said Marc Ostwald, chief economist and global strategist at ADM Investor Services International in London.

Minutes released Wednesday showed most Fed officials agreed they could start slowing the pace of bond purchases later this year given the progress made toward inflation and employment goals, boosting the dollar and curbing the appeal of commodities. 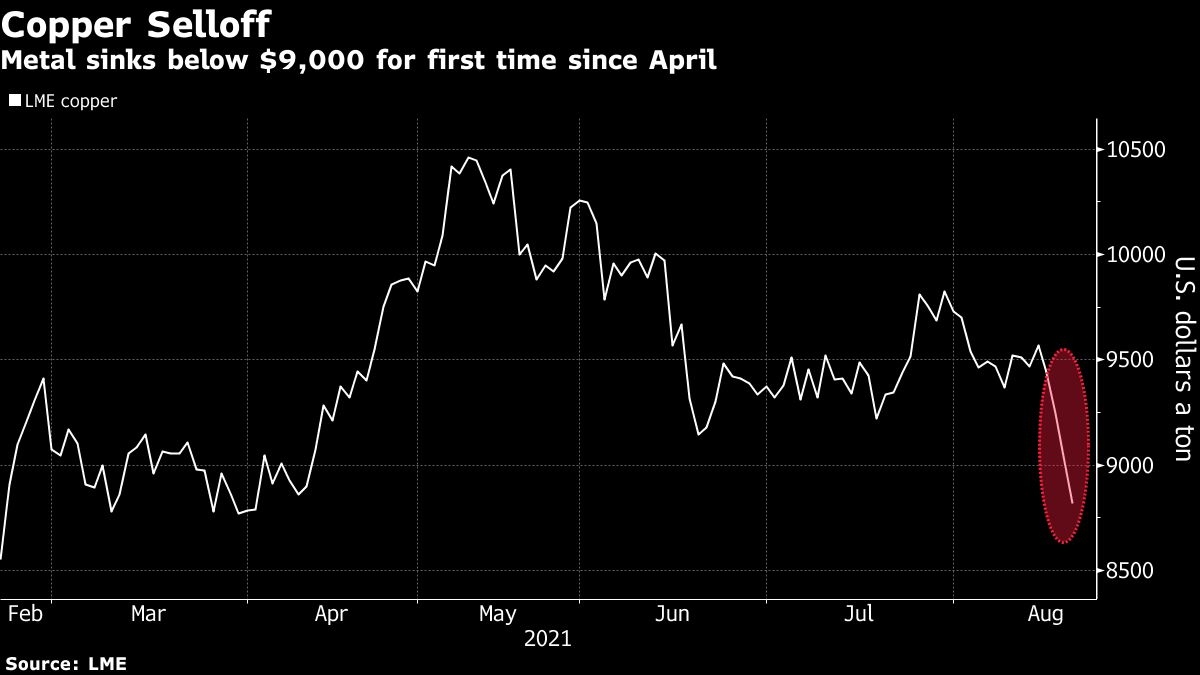 China has repeatedly urged steel mills to curb output to cut back on pollution, with a drop in July’s production signaling that measures are starting to take effect. Some major producers have already made arrangements to reduce supply, while mining giant BHP this week said that the increasing likelihood of stern cuts this half is “testing the bullish resolve of the futures markets.”

“Iron ore remains the most China-centric of all commodities, so when economic activity slows, the virus spreads and supply lines are being disrupted, iron ore will be in the firing line,” said Ole Hansen, head of commodity strategy at Saxo Bank A/S.

Iron ore’s slump has spilled over to steel, with prices falling on expectations Chinese demand will wane. The country’s moves to rein in the property market and curb surging prices saw home-prices grow at the slowest pace in six months.

“Steel prices globally have started to cool as we expected, and we hold on to our view that there will be further easing of prices for the remainder of 2021 and into 2022 as Chinese demand from the construction industry weakens,” Fitch Solutions said in a note.