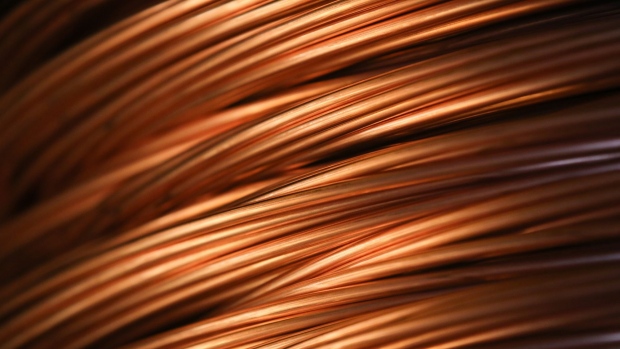 Copper tumbled the most since March amid concerns over the pace of economic recovery as traders looked for signs of progress in U.S. fiscal-stimulus talks.

U.S. manufacturing expanded in September by less than forecast, according to a report Thursday, while U.S. initial jobless claims remained well above pre-virus levels. U.S. House Speaker Nancy Pelosi said there are still major differences to be bridged in the negotiations over a fiscal stimulus package with Treasury Secretary Steven Mnuchin.

“The short-term catalyst in the markets is the ongoing stimulus talks and whether they result in an agreement,” Edward Meir, an analyst at ED&F Man Capital Markets, said in a report.

Copper also came under pressure as an eight-day holiday in China sidelined the biggest consumer of the metal. Markets often see a sharp sell-off before major holidays, according to Peter Mooses, a senior market strategist at RJO Futures.

“I think this is something that might be short-lived,” Mooses said by phone. “We expect to see a rally when China comes back into the market. We’ll probably be back where we were.”

Meanwhile, tight supplies that were a big driver of the six-month rally are showing signs of easing. Inventories at warehouses tracked by the London Metal Exchange surged in the first three days of this week, while spreads between spot prices and futures have signaled loosening near-term supplies. Bloomberg Intelligence says copper production will rebound in 2021 as new projects drive a multi-year increase in output.

Other base metals also fell, with zinc down 3.2 per cent and aluminum down 1.4 per cent.