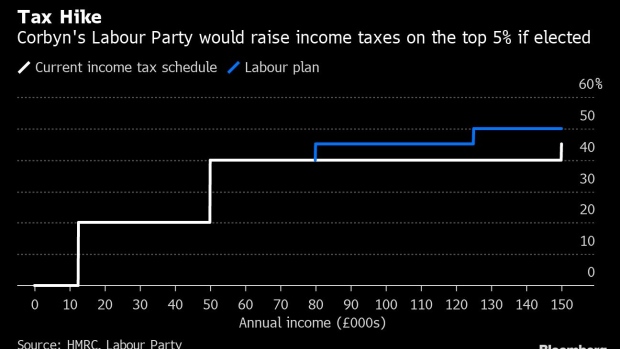 Although the headline result was a draw, 67% of respondents thought Corbyn performed well, showing why these debates are such a risk for the prime minister. The exchange had plenty of clippable moments: The audience laughing at Johnson when he said he thought trustworthiness mattered. Mirth at the Labour leader’s defense of his Brexit position. Johnson was firm on his position on leaving the European Union, while Corbyn talked about the public sector.

Must Read: The Beginning of the End of the U.K. May Come on Dec. 12

For more on the election visit ELEC.

(Updates with Sky/YouGov Poll. An earlier verion of this story corrected an Ashcroft .)

To contact the editors responsible for this story: Tim Ross at tross54@bloomberg.net, Chris Kay, Adveith Nair