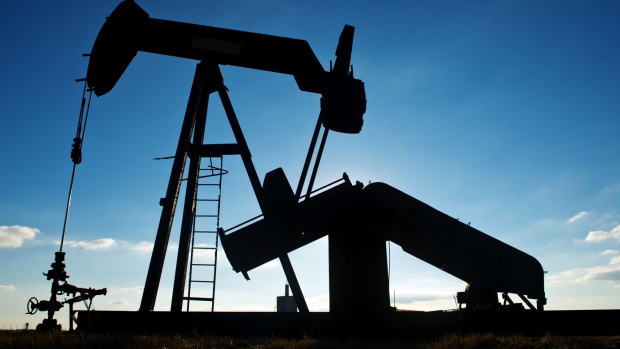 The Calgary-based company's stock rose by as much as 10 cents to $2.39 in Toronto after it announced it would bring back some of the 25,000 barrels of oil equivalent per day it idled in the second quarter.

“Our process to shut-in and reactivate economic production demonstrates our continued focus on returns in a disciplined manner,” said CEO Craig Bryksa.

“We expect to generate excess cash flow in the current price environment and have further increased our downside protection through our strong hedging portfolio.”

Up to one million barrels per day of western Canadian oil production was taken offline earlier this year as global prices tanked due to low demand for fuel during the pandemic lockdowns and overflowing oil storage levels from a price war between OPEC and Russia.

Many Canadian producers have restored or are restoring those barrels as benchmark U.S. oil prices recover to above US$40 per barrel.

In April, Crescent Point announced it would cut its 2020 capital budget to $675 million, down 40 per cent from its original guidance.

It also said it would shut in less profitable production and reduce executive and director salaries as part of a strategy to cut 20 per cent from operating expenses.

The company said it now expects second half production of about 110,000 boe/d and total 2020 capital spending of $665 million, adding it will have similar or higher output in 2021 with a budget of between $500 million and $550 million.

The ability to raise production by about seven per cent this year with largely unchanged capital spending is a positive step indicating confidence in oil prices going forward, said analyst Cody Kwong of Stifel FirstEnergy in a report.

“The first look at 2021 guidance is informal at this time, but certainly conveys a strategy that focuses on free cash flow generation and debt reduction at the expense of top line production growth, a theme that is common across industry at this time,” he said in a note to investors.

The Canada Energy Regulator has said it expects oil production in Canada will average 4.38 million barrels per day this year, down by 6.6 per cent compared with 2019.