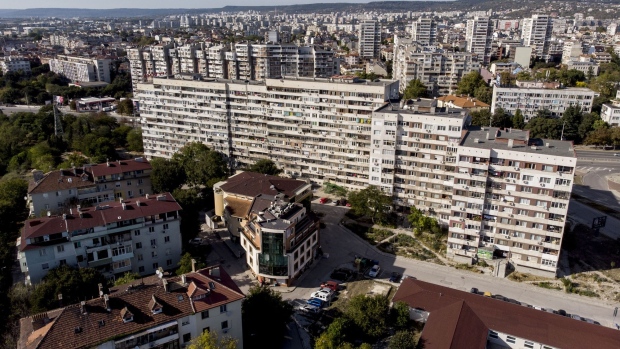 Soviet era apartment blocks and residential property stand on the city skyline in Varna, Bulgaria, on Thursday Oct. 10 2019. The region that straddles the Danube in Romania and Bulgaria has made it a bread basket for centuries but after fits and starts toward the free market, chronic shortages, corruption and political upheaval, it’s plugged into the world economy thanks to the EU’s open borders and money. , Bloomberg

Croatia and Bulgaria got the green light to join the waiting room for euro adoption in the biggest step toward expanding the currency union in five years.

The countries -- two of the European Union’s three poorest member-states -- will enter the Exchange Rate Mechanism, known as ERM-2, according to a joint statement late Friday from the European Central Bank and the European Council.

The ECB also set base rates for their currencies: 7.5345 per euro for the kuna and 1.95583 for the lev -- near recent trading levels. They’ll be allowed to fluctuate within a band of plus or minus 15 per cent from this rate. Assuming the peg holds without any market pressure for at least two years, the two countries could then formally join the euro area. 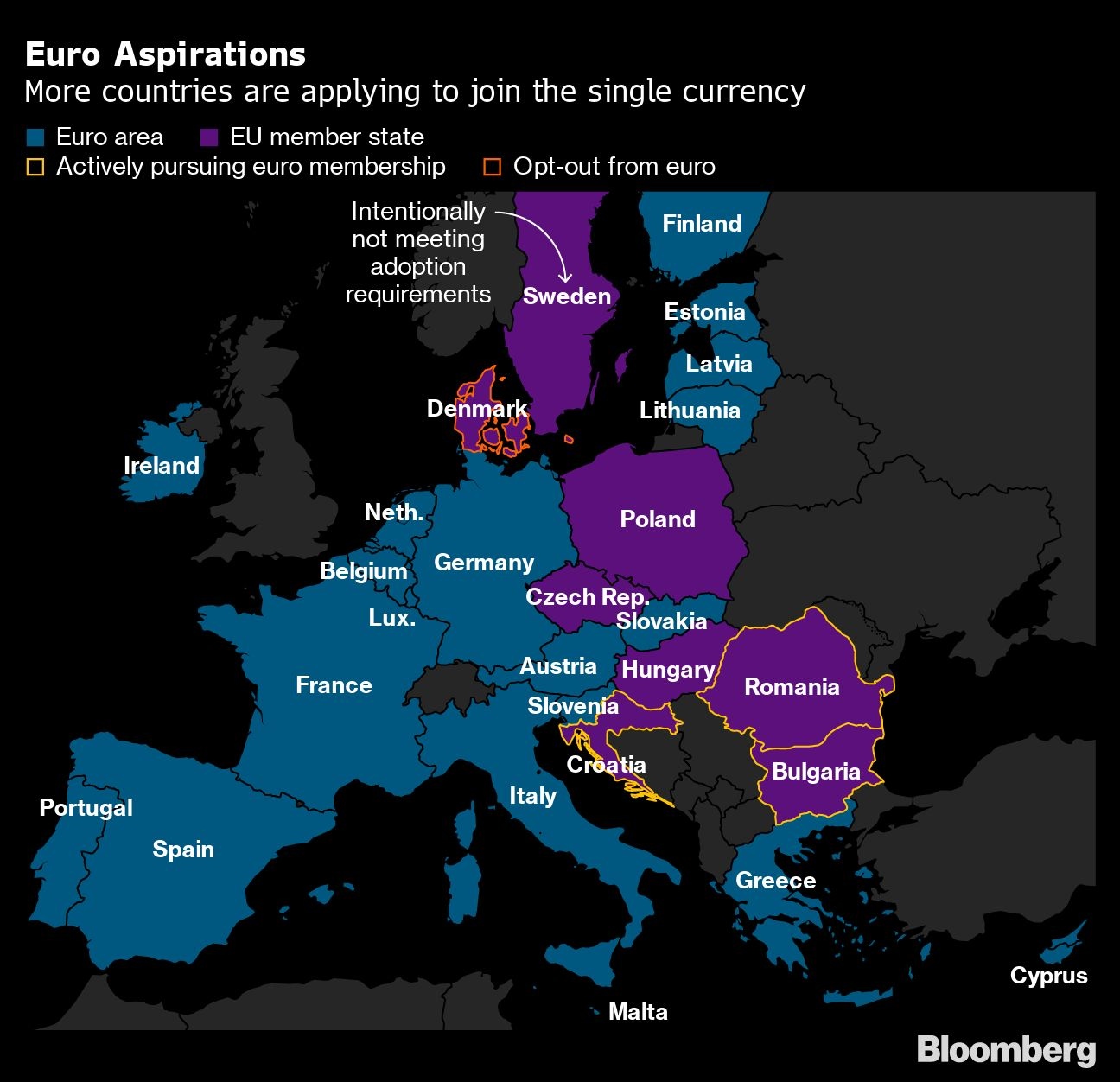 The move underscores the currency’s continued allure, despite the sovereign-debt crisis that followed 2008’s global financial collapse and repeated predictions of the bloc’s demise. Switching to the euro, which remains second only to the U.S. dollar as a global reserve currency, is seen in the continent’s east as a means of boosting investment and, in some cases, drawing a line under the region’s communist past.

Croatia and Bulgaria “have worked hard to get to this point, even in the middle of the coronavirus pandemic,” European Commission Executive Vice-President Valdis Dombrovskis said. “It’s a testament to the attractiveness of our common currency -- still relatively young but highly successful globally.”

The last country to make the change to the euro was Lithuania in 2015. The other four existing eastern members are Estonia, Latvia, Slovakia and Slovenia, with Romania also keen to follow.

Despite committing to adopt the euro, however, not all EU members are rushing. Poland, for one, says retaining the zloty gives it greater flexibility in times of crisis, an assertion that’s backed up by it being the only nation in the bloc to maintain economic growth in the wake of the 2008 slump. Others are put off by the aftermath of Greece’s debt struggles.

To qualify for the euro, Croatia and Bulgaria had to keep inflation, government debt and budget deficits in check, a task that’s being made more difficult by the COVID-19 pandemic. Both rely on tourism for a big chunk of economic output and are suffering amid the downturn in travel.

“With today’s accomplishment, we’ve strengthened Croatia’s economic and financial reputation on the domestic and international markets,” Prime Minister Andrej Plenkovic said. “Now we’ll take great care about stability of prices, about public finances, trying to get back to levels we’ve been achieving in the last three years, before the crisis.”

The ECB will establish close cooperation with the countries’ central banks, taking over direct supervision of their biggest lenders in October following a “significance assessment process.”

Bulgaria’s central bank said in a statement that the country will “pursue prudent economic policies in order to preserve economic and financial stability and achieve a high degree of sustainable economic convergence.”

Croatia and Bulgaria are bidding to become the 20th and 21st countries to adopt the currency.