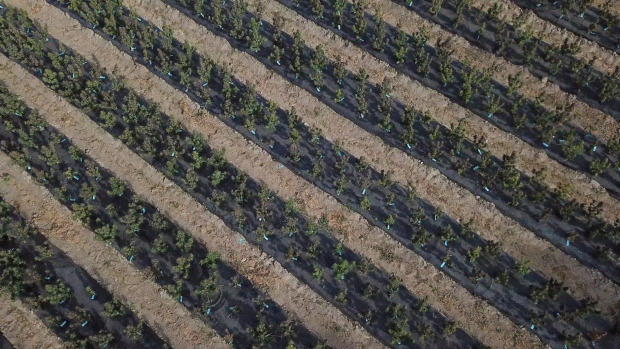 October usually heralds the harvest of outdoor cannabis plants, affectionately known as “Croptober.” But this fall, something more serious is in the air: smoke from the wildfires that are ravaging California and Oregon.

Fires are clustered in Northern California’s “Emerald Triangle” and a pair of Oregon counties, areas that are among the nation’s most important for cannabis production. Even if crops aren’t destroyed in the more than 5 million acres of wildfires, massive amounts of smoke and ash will take a toll. Darkened skies can stunt the plants’ growth, said Jill Ellsworth, chief executive officer of Denver-based Willow Industries, which cleans marijuana flower for mold in California and other states.

“We’re hearing that some cultivators are starting to harvest early, because it’s prematurely flowering, and they don’t want that,” Ellsworth said.

In a normal year, around two per cent to five per cent of California’s marijuana crops would fail mold tests, Ellsworth said. This year, she estimates it could be double that percentage as sunlight-blocking smoke weakens plants’ resistance to mold, disease and other pests. Even crops inside greenhouses could be affected.

The impact is expected to extend beyond the flames and haze. The fires will likely hit supplies and cause ripple effects across the country.

“It’s like we’re getting the flu -- and we’re giving colds to other places,” said Kyle Kazan, chief executive officer of Glass House Group. His company, one of California’s largest growers, has greenhouses in Santa Barbara, free from the recent fires’ path.

Kazan predicts that illicit farms will lose crops to the fire, potentially impacting the legal market in unexpected ways. It could make illicit supplies scarce, driving up prices on the street and luring some consumers to buy suddenly cheaper legal cannabis. Or, legal growers could take advantage of a price difference and go back to the black market.

There’s also the question of quality. For decades, California’s marijuana has been sought after. But now,“if it’s grown outdoors, in the smoke, it will burn with a barbecue flavor,” Kazan said. “Nobody wants that.”

One option, according to Willow’s Ellsworth, would be to use plants that were affected by the smoke for CBD extraction, rather than selling the raw flower. CBD is a non-psychoactive cannabis ingredient that companies say promotes relaxation, but without the high produced by marijuana.

But going to the CBD market comes with its own set of challenges, according to Aaron Scarborough, vice president of operations at Santa Rosa, California-based NewTropic, which makes hash and extract along with other marijuana-related manufacturing. California’s fires in 2017 made extraction difficult because of heavy metals left from ash, potentially adding contaminants, Scarborough said.

While an early harvest may help avoid ash residue, it can also mean plants didn’t develop long enough to get the desired aroma and properties.

“You could end up with a lower-quality crop,” he said. “The reality is if your flower’s not fully developed, the consumer is typically savvy enough to know.”

The fires may provide some benefits for cannabis companies. An inventory backlog from 2019’s bumper crop has pushed prices lower, causing headaches for some companies this year. Aurora Cannabis Inc., for example, has been told it simply grows too much weed.

So with a potential limit to new supplies, prices could rise. That hasn’t been observed yet, however: The average retail price trend of raw flower in California was around US$9.60 per gram before taxes in July -- the most recent data tracked by BDSA. That’s down from just over US$10 last September.

But the silver lining on California’s smoke clouds would likely be a long way off.

“There’s so much extracted material left over from last year,” said Laura Fuentes, chief executive officer of Green Roads, a Deerfield Beach, Florida-based maker of products with CBD. Since the raw plant can be frozen for years, and extracted cannabinoids can keep for 12 to 48 months, the stockpile isn’t dwindling any time soon.

“Any repercussions from the fires in pricing would be something we hear about next year,” she said.

Quote of the Week

“We don’t see cannabis becoming commoditized. If you look at the U.S. market, you can see the space for premium brands in emerging categories like pre-rolls, concentrates, vapes and ingestibles,” said Miguel Martin, CEO of Aurora, on the threat that value flower becomes more of an agricultural commodity than a premium consumer product.

Number of the Week