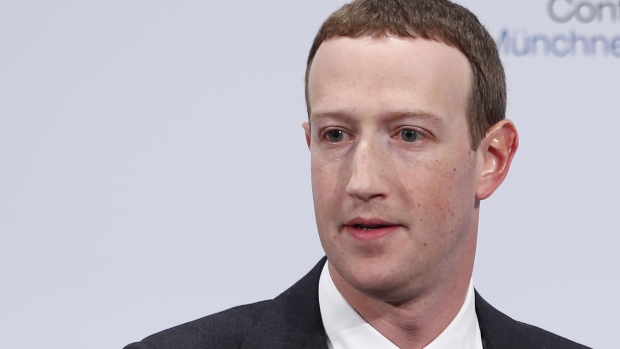 Mark Zuckerberg, chief executive officer and founder of Facebook Inc., speaks on stage during the Munich Security Conference at the Bayerischer Hof hotel in Munich, Germany, on Saturday, Feb. 15, 2020. The Libyan conflict is set to be one of the main themes at the annual security conference that runs Feb. 14 - 16. , Bloomberg

Twitter Inc. and Facebook Inc. “are in active discussions” about sending their chief executive officers to testify to the Senate Judiciary panel before the election, according to Republican Senator Ted Cruz.

“My expectation is that both Jack Dorsey and Mark Zuckerberg will testify before the Senate Judiciary Committee shortly,” Cruz of Texas told reporters on a Monday call with conservative activists.

The CEOs are also due to testify before the Senate Commerce Committee on Oct. 28 about privacy, as well as a shield from liability for user content.

Cruz and Senator Lindsey Graham, the Judiciary panel’s chairman, announced plans last week to subpoena the CEOs on Tuesday over the companies’ moves to limit the spread of a controversial New York Post story on Democratic presidential nominee Joe Biden’s son Hunter and his alleged exchanges with a Ukrainian executive.

As of Monday, the committee hadn’t announced a vote, and Cruz said the appearances could be voluntary or compulsory. He said the panels, both of which he is a member, should hold separate hearings.