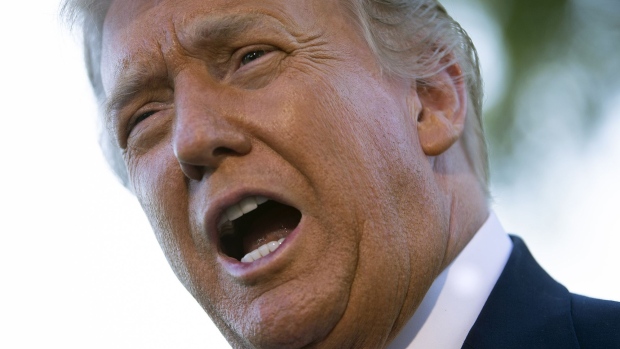 (Bloomberg) -- Hedge funds including D.E. Shaw and Saba Capital Management own stakes in a special purpose acquisition company that surged Thursday after former President Donald Trump announced plans to create his own publicly traded media firm through a reverse merger.

On Wednesday, Trump said the deal will allow him to build a new social media presence after Twitter and Facebook banished him from their platforms. The new company will be called Truth Media, according to a statement from Trump Media & Technology Group, which said it plans for the new business to be operating by the first quarter, ahead of the 2022 mid-term elections.

Hedge funds invest in SPACs because the ability to redeem shares for cash at the time of a merger makes such trades low-risk. Warrants given to investors in the initial public offering, coupled with the possibility that the shares will trade above the redemption price, provide upside on the trade. The funds often have little involvement in the management of a SPAC or its choice of a target.

Digital World, led by Chief Executive Officer Patrick Orlando and based in Miami, held its IPO at $10 a share on Sept. 2. EF Hutton, an investment bank rebranded in June from Kingswood Capital Markets, managed the offering.