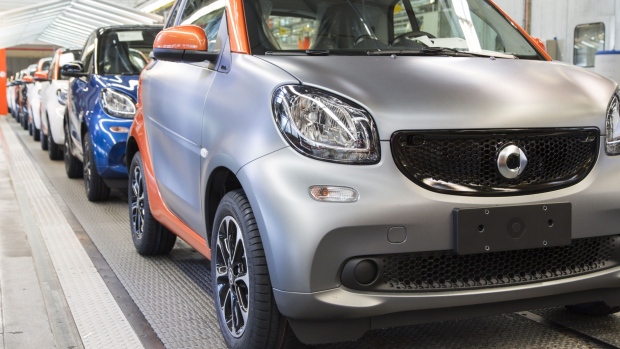 Daimler AG plans to sell its factory in Hambach, France, as the maker of Mercedes-Benz cars pursues deeper-than-expected restructuring to overcome the fallout of the coronavirus pandemic.

The move to unload the home of the Smart two-seater will result in a negative one-time effect of roughly 500 million euros (US$562 million) in the second quarter, Daimler said Friday in an emailed statement. It doesn’t expect an impact on free cash flow.

“The effects of the COVID-19 pandemic on the economy are creating new framework conditions,” Chief Executive Officer Ola Kallenius said. “In this context we are optimizing our global production network.”

The CEO earlier this week warned he’ll have to pursue more painful restructuring because of the fallout from the virus, which shuttered factories and dealerships around the world. Kallenius said he’s planning “drastic” salary cuts on top of an existing plan, announced in November, that includes eliminating more than 10,000 positions at the German company.

Carmakers around the world are slashing costs to cope with the historic slump in sales. BMW AG last month said it would cut about 6,000 jobs, the biggest reduction since the 2008 financial crisis. Daimler and BMW also scrapped a planned joint venture aimed at making self-driving cars.

About 1,600 people work at the Hambach plant, which has been producing electric Smart cars. Daimler said it will shift production of the model to its Chinese joint venture with Zhejiang Geely.