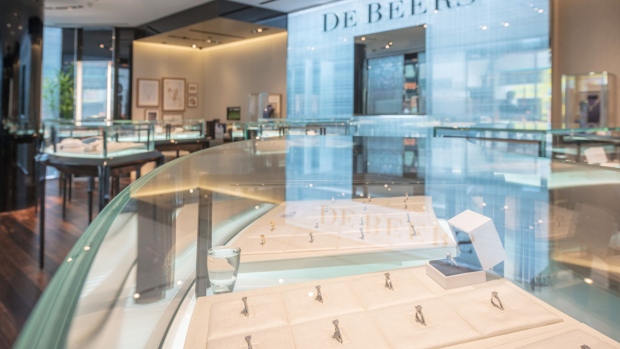 De Beers has cut prices for smaller diamonds in its latest move to draw customers back to the market after the coronavirus froze up trading in precious stones.

The company had already discounted bigger and more expensive stones last month for the first time since the pandemic struck. It’s now reduced prices of rough diamonds smaller than one carat by more than 10 per cent, according to people familiar with the situation, who asked not to be identified as the details are private.

The diamond market came to a complete standstill during the early phase of the pandemic, but in the last month has shown signs of recovering. At its August sale, De Beers sold US$320 million of rough diamonds, more than six times its total sales in the the second quarter of the year, as customers were drawn back by lower prices and shrinking inventories.

However, De Beers had held the line on cheaper goods until now, because buyers wanted steeper discounts than it was willing to provide.

Before the price cuts, De Beers had made major concessions to its normal sales rules -- allowing customers to renege on contracts and view diamonds in alternative locations. Still, smaller rivals were selling at a 25 per cent discount, eating into the company’s market share. As demand recovered, De Beers moved to cut prices to reignite sales.

The cuts suggest the company believes demand has returned, albeit at a lower price point, even for smaller stones where the market has been the weakest. Still, the ultimate recovery of the industry will depend on consumers returning to jewelry stores, particularly in the U.S., which accounts for nearly half of all sales.

De Beers sells its gems through 10 sales a year in Botswana’s capital, Gaborone, and the buyers -- known as sightholders -- generally have to accept the price and the quantities offered.