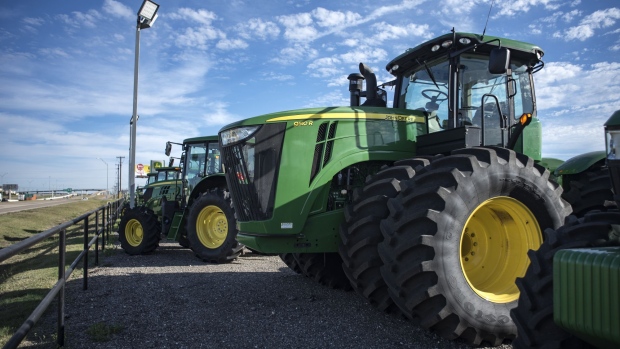 While sales and profit fell in the three months through April, the drop was less severe than analysts estimated as agriculture -- deemed essential in the lockdown era -- proves more resilient than many other industries.

Lower costs helped defend margins in a quarter that’s often Deere’s strongest as farmers buy planting equipment for the growing season. Even though supply-chain disruptions are weighing on its customers and the China trade deal is a wild card, Deere reported better pricing for its products through the quarter.

The company, which dropped annual guidance in March as it cut back operations amid the virus uncertainties, bucked an industry trend by providing a new forecast -- of US$1.6 billion to US$2 billion compared with the average estimate of US$2.1 billion.

That would be a sharp drop from a year ago but the decision to reinstate guidance is positive, and may prove to be conservative given the solid quarter, said Chris Ciolino, an analyst with Bloomberg Intelligence. Results showed “really just strong execution on the cost side and better pricing.”

The cycle of farmers replacing aging farm machinery will persevere through near-term challenges like the trade war, tough growing conditions and the economic shutdown, according to Edward Jones analyst Matt Arnold.

There are still supply chain issues, though not enough to derail sales and operations. Responding to customer demand “has been a challenge” due to “barriers,” the company said in a statement, noting the pandemic uncertainties could hurt its results and financial position in the future. 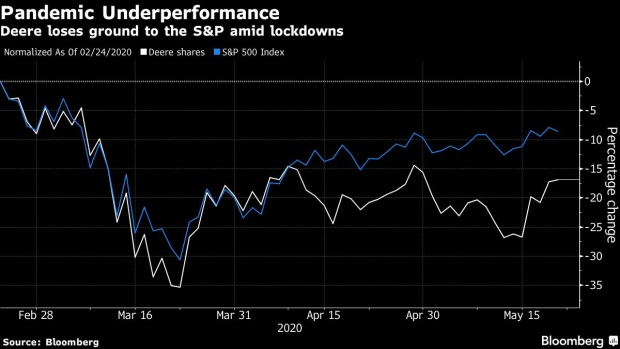 The Moline, Illinois-based company is also shoring up its liquidity. It raised US$4.5 billion in funding during the pandemic.

“Deere’s solid balance sheet, good credit metrics and management prudence are likely to help soften the impact of the virus outbreak, at least in the near term,” said Stephane Kovatchev, a credit analyst with Bloomberg Intelligence.

Fiscal second-quarter adjusted earnings were US$2.11 cents a share. compared with the US$1.62 average estimate and US$3.52 a year ago.