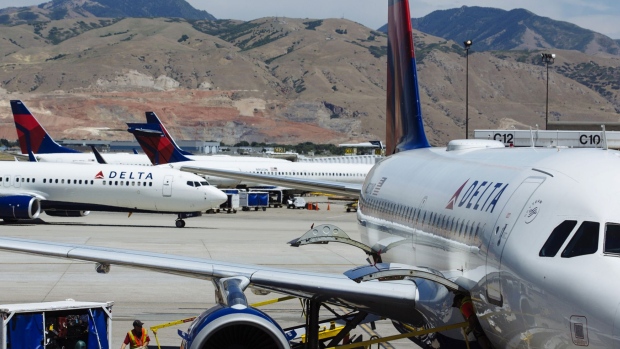 Delta Air Lines Inc. will take a charge of as much as US$3.3 billion to cover the costs of early retirement and voluntary separation plans for employees, as the carrier scales back operations amid a plunge in travel.

The charge will be recorded in the third quarter and most workers will leave Aug. 1, the Atlanta-based carrier said in a regulatory filing Wednesday. At least 17,000 employees have signed up for the plans, excluding pilots who have additional days to decide. As much as US$600 million of the amount will be in cash payments.

Delta and other U.S. carriers have offered expansive voluntary departure programs in an effort to minimize the need for mass layoffs once restrictions tied to federal payroll aid end on Sept. 30. Airlines have also parked planes, cut flights and taken other steps to reduce expenses as the coronavirus pandemic drops U.S. passenger numbers to about a quarter of their levels a year ago.

The third-quarter charge could be as low as US$2.7 billion, Delta said. Another 45,000 workers have taken voluntary unpaid leave, helping the carrier to reduce operating expenses last quarter by 53 per cent.

Delta reported a record quarterly adjusted loss of US$2.8 billion on Tuesday after revenue tumbled 91 per cent.