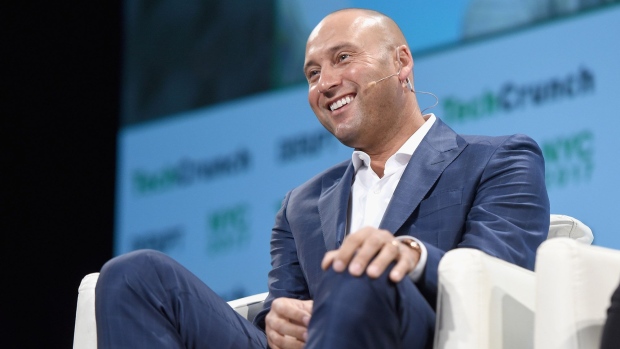 The Players’ Tribune, a website started by baseball star Derek Jeter, is exploring a potential sale, according to people familiar with the matter.

The New York-based digital media company is working with a financial adviser and could be sold in the coming weeks, said the people, asking not to be named because the matter is private. It’s not clear how much it is worth.

No final decision has been made and the Players’ Tribune could opt to remain independent, they said.

A representative for the Players’ Tribune didn’t respond to a request for comment.

Growth-starved digital media companies have been merging in the hopes of sparking a turnaround. Vice Media Inc. agreed to buy online publisher Refinery29 this month.

Last year, the Players’ Tribune purchased Unscriptd, a tech startup with a network of more than 2,500 athletes in Europe, Australia and Asia, creating and publishing short-form videos. The company later went through a round of layoffs, according to Digiday.

Jeter, who spent two decades playing shortstop for the New York Yankees, co-founded the Players’ Tribune in 2014 as he retired from Major League Baseball.

The company aims to give athletes a platform to connect with fans that bypasses traditional media outlets. In 2015, basketball star Kobe Bryant announced his retirement on the site in a poem called “Dear Basketball.”

The site has landed other viral posts. When NBA star Kevin Durant signed with the Golden State Warriors in 2016, for example, he announced the move on the Players’ Tribune site.

Still, the site has struggled to draw consistent traffic.

The Players’ Tribune raised US$40 million in funding in 2017 from investors including IVP, New Enterprise Associates and GV, Alphabet Inc.’s venture capital arm, according to a statement at the time. It has raised about US$60 million since its founding.

Jeter, 45, is currently a part owner and chief executive of the Miami Marlins.