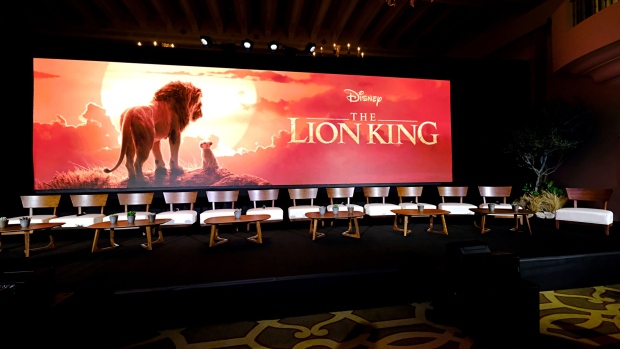 A view of the atmosphere at the Global Press Conference for Disneys THE LION KING on July 10, 2019 in Beverly Hills, California. , Photo by Alberto E. Rodriguez/Getty Images for Disney

Walt Disney Co.’s crusade to become a streaming giant is off to a swift start.

Subscribers to the new Disney+ online service soared to 28.6 million by early February, suggesting the company founded nearly a century ago can challenge Netflix Inc. in the crowded market for online TV. Analysts were forecasting a year-end total of 20.8 million, according to the Bloomberg Consensus.

The surge marks an early success for Chief Executive Officer Bob Iger and his plan to reinvent the company. With three streaming services — Disney+, ESPN+ and Hulu — Iger has firmly steered Disney into on-demand viewing and away from conventional TV. But it’s coming at a cost: Disney said fiscal first-quarter profit fell — in part due to outlays for new online movies and TV shows.

Disney has seeded the new service with nearly all of its most-popular movies and TV programs, including “The Mandalorian,” a “Star Wars” spinoff featuring the cuddly character known as Baby Yoda. Hulu, the company’s streaming service for grownups, has reached 30.7 million customers, while ESPN+, its two-year-old sports service, has attracted 7.6 million subscribers. That’s up from 1.4 million a year ago.

“I am enormously proud of what we have accomplished in a relatively short period of time,” Iger said on a call with investors. “We are now well positioned to not only withstand the disruptive forces of technology, but thrive in today’s increasingly dynamic media environment.”

The streaming services continue to benefit from a US$13-a-month offer from Disney that includes all three products. Disney+ also has a promotional tie-in with Verizon Communications Inc.

About half of Disney+ subscribers were coming through the company’s website, Iger said, meaning distributors won’t get a share of the revenue. About 20 per cent came through the one-year free promotion with Verizon.

Burbank, California-based Disney said Tuesday that fiscal first-quarter earnings fell to US$1.53 a share, a number that beat analysts’ estimates of US$1.46. Sales grew 36 per cent to US$20.9 billion in the period ended Dec. 28, slightly exceeding estimates.

The drop in profit reflects costs from the company’s US$71 billion purchase of Fox’s entertainment assets last year, as well as the ongoing investment in movies and TV shows for streaming. 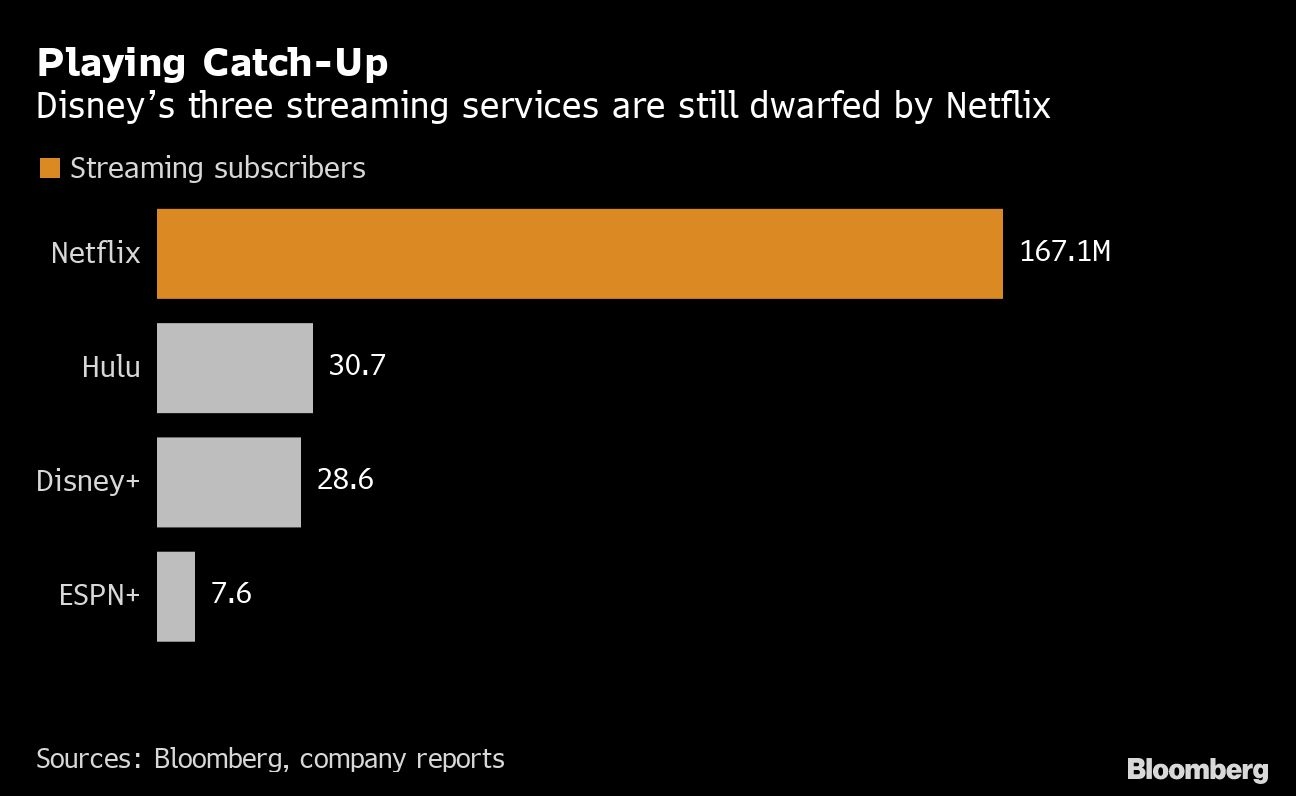 Disney’s direct-to-consumer division, where streaming results are reported, posted a wider loss of US$693 million in the quarter, although that was less than the Bloomberg Consensus forecast for a loss of US$823 million.

The movie division reported a stellar quarter, with profit more than tripling to US$948 million, thanks to strong results from “Frozen II” and “Star Wars: The Rise of the Skywalker.” Those two films were among seven that topped US$1 billion in box-office sales for the company last year.

Fox’s film unit, which has had a string of duds, lost US$50 million, and Iger warned that Disney’s 2020 film slate won’t match the record set in 2019 for the studio.

Profit at the theme parks division grew 8.6 per cent in the quarter, but Disney is now facing a new threat to its tourist business from the coronavirus.

The company has closed its Shanghai and Hong Kong park due to the outbreak. On the earnings call, Chief Financial Officer Christine McCarthy said Disney expects the Shanghai park closure alone to crimp profits in the current quarter by US$135 million, assuming it is shuttered for two months.

With Hong Kong closing now, too, Disney expects the coronavirus to reduce profit there by another US$40 million.

Earnings at Disney’s TV unit rose 23 per cent, with the addition of the Fox cable networks and TV studio. That countered higher costs for sports rights and fewer subscribers at ESPN.

While the company’s results were strong across the board, the uncertainty of the situation in China may weigh on the shares in the short run, Dave Heger, an analyst with Edward Jones, said in an interview.

“The quarter itself, it really seemed fairly positive,” he said.