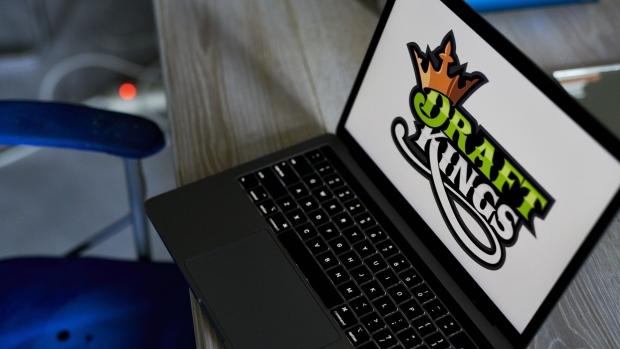 (Bloomberg) -- DraftKings Inc. made a bid to acquire U.K. gambling company Entain Plc as a surge in sports betting helps drive deal activity across the industry.

Entain said Tuesday that its board received a cash-and-stock offer, confirming an earlier report by CNBC, which said the bid valued the company at $20 billion. There’s no certainty it will lead to a deal, the company said in a statement. The company didn’t reveal the price DraftKings offered.

The DraftKings offer for Entain could revive interest by casino operator MGM, which runs a U.S. joint venture with Entain in the U.S.

The volume of deals involving British companies has already more than doubled to $522 billion this year compared to the same period in 2020, according to data complied by Bloomberg, with number of household names drawing overseas buyers. Bids are currently on the table for grocer WM Morrison Supermarkets Plc, and defense firms Meggitt Plc and Ultra Electronics Holdings Plc.