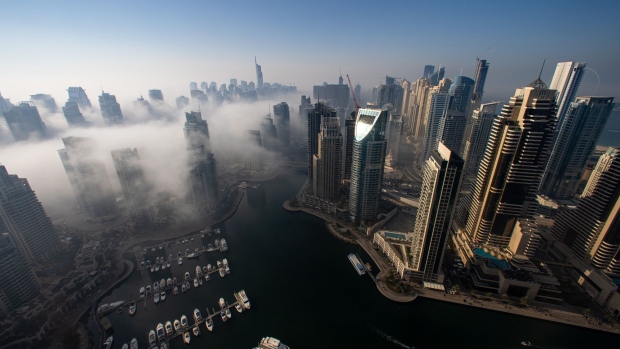 Dubai-based buy now, pay later startup Tabby secured debt financing worth $150 million from two US-based investors, in what the company said is the largest credit facility for a fintech firm in the Gulf region.

Firms like Tabby allow customers to purchase goods and pay for them in installments. While concerns over inflation and a looming recession have hurt such companies in developed markets, Tabby expects demand to continue rising in the Gulf where access to credit is scarce.

Less than 20% of the population has a credit card in Saudi Arabia -- the largest Gulf economy -- compared to more than 70% in the United States, the firm said.

“Demand for our products has continued to scale, and we require this type of capital to support this,” Tabby Chief Executive Officer Hosam Arab said in an interview. “We are planning on continuing to expand our product offering as well the existing customer base.”

Tabby is the Gulf’s largest buy-now, pay-later provider and competes with companies including Tamara in the region. It has so far raised $275 million in capital, including a Series B round this year, and has partnered with firms including H&M Hennes & Mauritz AB and Nike Inc.

Active customer numbers grew eight-fold in the first half of 2022, compared to the same period last year. The firm plans to continue focusing on its core markets, the United Arab Emirates, Saudi Arabia and Kuwait, as well as expanding into Egypt

“As we near profitability, we’re in the fortunate position of not having to raise equity under the current market conditions,” Tabby said in a statement.

Firms like Tabby could also benefit from a drop in spending, according to Arab. “The consumer still wants to buy what they want to buy,” and are more likely to direct spending toward buy-now, pay-later services, he said.