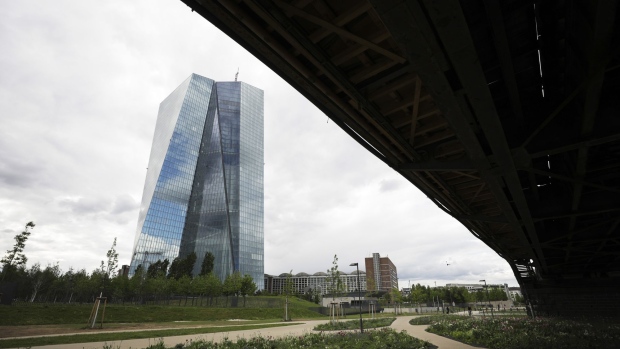 The European Central Bank (ECB) headquarters stands in Frankfurt, Germany, on Wednesday, April 29, 2020. The ECB’s response to the coronavirus has calmed markets while setting it on a path that could test its commitment to the mission to keep prices stable. , Bloomberg

The European Central Bank kept its emergency monetary stimulus unchanged as the region’s political leaders prepared to haggle over a plan to drag the economy out of the worst slump in living memory.

ECB President Christine Lagarde and her colleagues held their pandemic bond-buying program at 1.35 trillion euros (US$1.5 trillion) and interest rates at -0.5 per cent on Thursday, maintaining the flood of liquidity that has so far calmed markets and kept borrowing costs low.

With coronavirus cases in check for now and lockdowns ending, the pressure has eased on the ECB to provide more monetary support.

Still, the outlook remains fragile and much depends on whether European Union leaders can settle their differences over a groundbreaking recovery fund when they meet in Brussels on Friday.

Lagarde will hold a press conference call at 2:30 p.m. Frankfurt time to explain the ECB’s decision and its assessment of the economy.

Policy makers have started to sound slightly less pessimistic about the rebound in recent public appearances. Executive Board members Isabel Schnabel and Luis de Guindos both said the downturn this year could turn out less severe than expected.

They remain wary of another spike of infections though -- a risk underscored by local outbreaks in some regions and a resurgence in the U.S., the world’s largest economy.

Policy makers have warned repeatedly that the path back to pre-crisis levels of activity will be arduous, marked by higher unemployment and bankruptcies that could increase sharply when government aid programs end.

Countries will have to work out how to deal with the massive debt burdens they’re building up.

When the European Commission last week projected an economic contraction of almost 9 per cent for the euro area this year, in line with the ECB’s June assessment, it also warned that southern European nations including Italy and Spain face a much bigger hit than northern countries such as Germany. 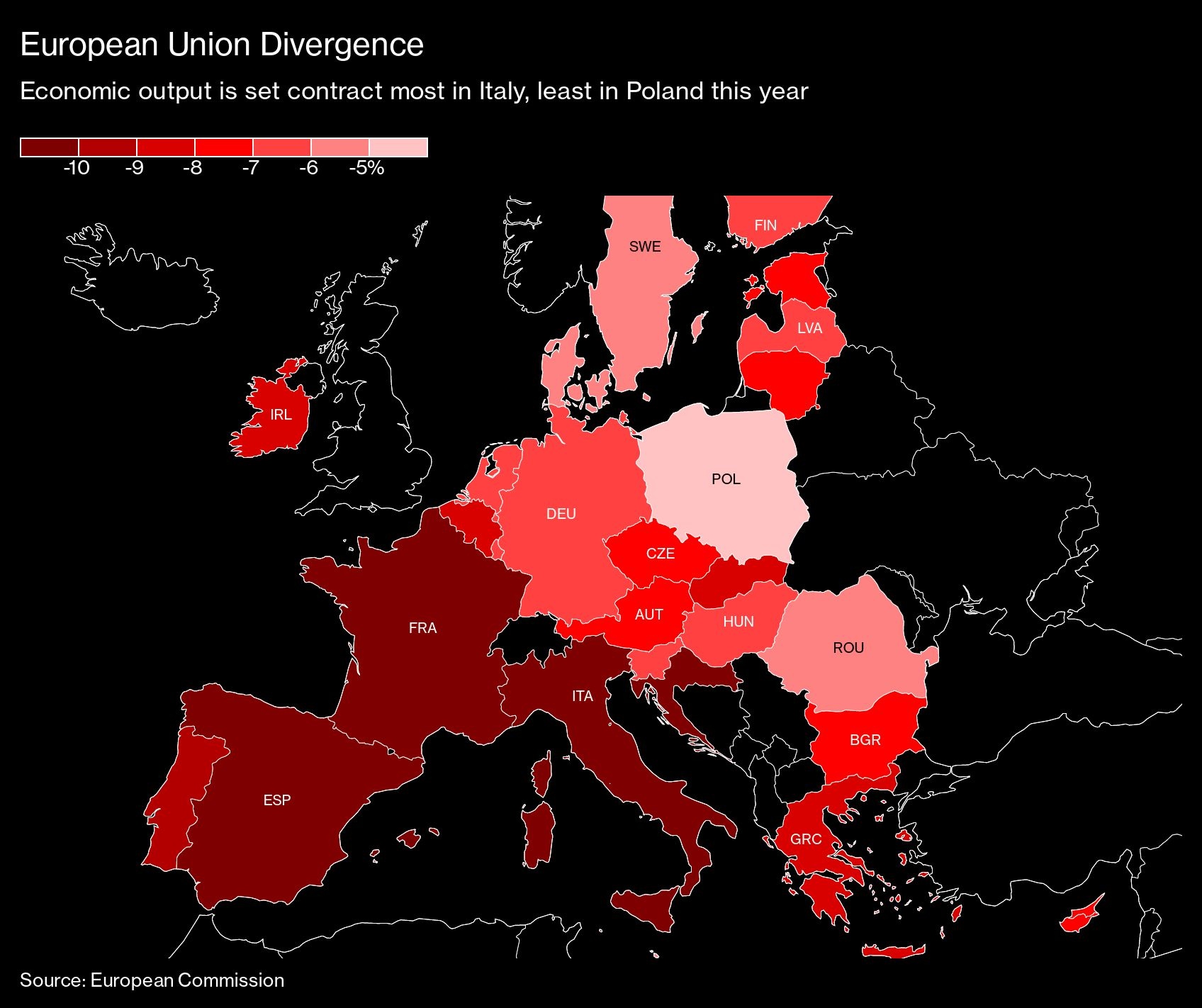 Lagarde is likely to be quizzed on whether the ECB expects to spend the entire amount in its pandemic program, and whether it might be increased. Most economists surveyed by Bloomberg expect another 500 billion euros to be added before the end of this year.

She might also be asked to address the differing views in the Governing Council on the extent to which bond buying should stay weighted toward weaker countries, where the ECB aims to contain yields.

Another set of questions is likely to focus on the role of banks during the recovery.

Lagarde may also encounter inquiries about what it would take for the ECB to consider exempting more bank deposits from its negative rates.

Funds parked at the central bank surged in parts of the euro area in June. At the same time, the ECB is already offering generous compensation via its long-term lending program, and -- according to Danske Bank’s Piet Christiansen -- could pay banks as much as 1.6 billion euros this year.