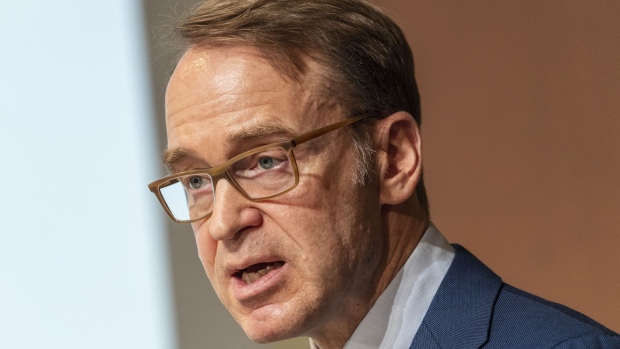 At the same time, the Frankfurt-based institution stands ready to ramp up the pace of buying under its Pandemic Emergency Purchase Program if needed, he said, stressing that officials are committed to preserving favorable financing conditions for the broader economy.

“I would tend to argue that the size of the movements is not such that this is a particularly worrisome development,” he said in an interview with Bloomberg Television on Wednesday. “But we have to look at it and we are ready to adjust the volume of PEPP purchases. The PEPP has that flexibility embodied in it so we can react to unwarranted tightening of financing conditions.”

Numerous ECB officials have warned that the euro-area recovery could be vulnerable to a global sell-off of longer-term government bonds, which originated in the U.S. amid prospects of massive fiscal stimulus. Higher yields pose a problem for the region because they are used by banks as a reference point for lending.

At the same time, policy makers see no need for drastic action to combat rising bond yields just yet, according officials familiar with the matter.

Read more: ECB Said to See No Need for Drastic Action to Rein In Yields

“At the end of the day we want to preserve favorable financing conditions for the non-financial sector. That’s not just looking at financing costs for governments. It’s a much broader picture we need to look at,” Weidmann said.

The euro area’s recovery is expected to be slower than that of many other advanced economies, in part due to its slow vaccine roll-out, and higher borrowing costs could further damp momentum. ECB officials meet to assess the situation and set policy next week.

Weidmann also noted that while prices are expected to pick up this year, much of that is due to temporary factors, and inflation will take some time to reach the ECB’s goal.

“For a more sustained push in inflation, we’d need to see corresponding movements in wages, and that’s not something that we observe at this juncture,” he said.