Edward Rogers defeated an effort to limit his voting power at Rogers Communications Inc., paving the way for his extraordinary attempt to replace five directors on the company’s board with his allies.

During a meeting of the Rogers Control Trust, Edward Rogers’ mother, two of his sisters and Toronto Mayor John Tory tried to pass a measure that would have restricted his ability to use shares from the trust to vote his directors onto the public company’s board, according to people familiar with the matter.

It needed support of seven of 10 people on the trust’s advisory committee, but got only four, the people said, asking not to be identified because the matter is private. The trust is the private entity that controls Rogers Communications, Canada’s largest cable and wireless firm.

The development suggests Edward Rogers may still have enough support to hold on to the reins of power at Canada’s largest cable and wireless firm, even though he was stripped Thursday of his role as chairman. It means more turmoil is likely in the weeks ahead, at a time when Rogers Communications is working toward regulatory approval of a proposed US$16 billion takeover of rival Shaw Communications Inc.

Shaw shares have dropped nine straight trading days amid the boardroom battle at Rogers and now trade 12 per cent below the $40.50 per share takeover price, the biggest spread since July.

Rogers shares were down 0.3 per cent on Friday, following a 1.8 per cent decline on Thursday.

The power struggle between Edward Rogers and his family began to boil last month when he attempted to fire Chief Executive Officer Joe Natale and replace him with Chief Financial Officer Tony Staffieri. The board rejected the idea, with Edward’s sisters and his mother among the group that opposed it.

That prompted Edward Rogers to begin recruiting new board members who would support him. The board responded Thursday afternoon by replacing him as chairman with former AT&T executive John MacDonald.

Now Edward is planning to use his authority as chair of the control trust to get rid of MacDonald and four others, via a written shareholder proposal. Rogers Communications and members of his family say he can’t do that.

“Simply put, his actions demonstrate a disregard for good governance and create a grave amount of risk for the company at an especially sensitive time,” Edward Rogers’ mother, Loretta Rogers, and two of his sisters, Melinda Rogers-Hixon and Martha Rogers, said in a written statement Friday.

“There is no precedent by which he can simply fire five independent Rogers directors and replace them at a whim. The law is clear, and as the company stated today, directors of public companies are removed at meetings of shareholders, convened after proper notice and with full disclosure to all shareholders,” they added. 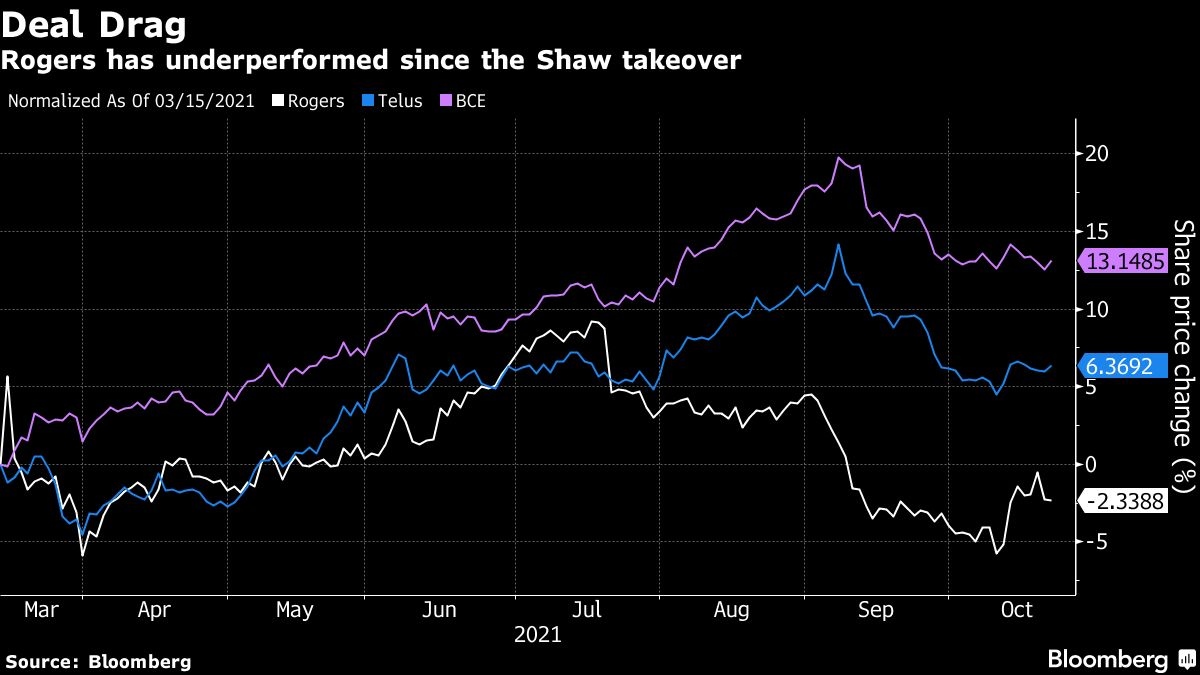 Rogers Communications said in a statement it wasn’t aware of directors ever being removed from a board through a written shareholder resolution.

“The company is concerned that its controlling shareholder, the Rogers Control Trust, would seek to make such a fundamental change to the company’s independent governance framework in this unprecedented manner,” it added.

On Thursday, Melinda Rogers-Hixon tried to engineer a ceasefire between the sides, according to people familiar with the matter. Her proposal would have seen Edward Rogers remain chairman of Rogers Communications in exchange for him dropping his demand for new directors, according to people familiar with the discussions. The family would have put out a united statement and let the situation cool down for two weeks, the people said. The proposal was not accepted.

Shaw Chief Executive Officer Brad Shaw reiterated the company’s commitment to closing the takeover deal but said it would remain silent about the dispute.

“This is a Rogers family and board matter and out of respect for the Rogers family it is not appropriate for Shaw Communications to comment on recent developments,” he said in an emailed statement.