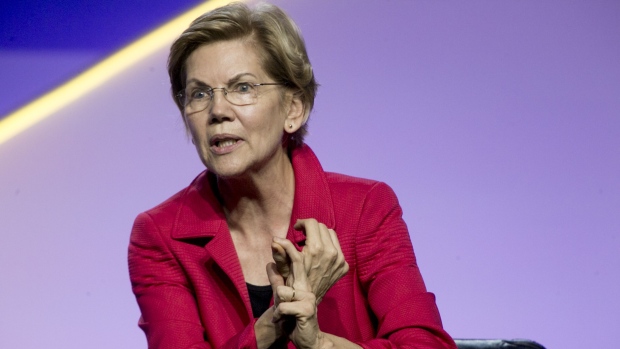 Democratic Senator Elizabeth Warren rolled out a new plan on Monday revealing how she’d handle trade policy if elected to the White House, breaking with Donald Trump and past presidents of both parties.

Prior to endorsing any trade deal, Warren said she’d require negotiators to disclose drafts to the public, invite representatives of labor and environmental groups to trade advisory committees, and require the U.S. International Trade Commission to analyze how an agreement would affect each region of the country.

The paper is the latest in a flurry of policy documents from Warren aimed at setting her apart in the crowded Democratic 2020 presidential field as a candidate with a plan to boost the middle class. It calls for a set of aggressive standards that would make it difficult to enact trade deals.

Warren said her plan departs from “the Washington insider consensus that brought us decades of bad trade deals and from Donald Trump’s haphazard and ultimately corporate-friendly approach.” Like Warren, Trump has opposed past trade deals such as the North American Free Trade Agreement among the U.S., Canada and Mexico. But she opposes his renegotiated version as well, the U.S.-Mexico-Canada Agreement, or USMCA, calling it “NAFTA 2.0” and arguing it won’t stop outsourcing or raise wages at home.

“And unlike Trump, while I think tariffs are an important tool, they are not by themselves a long-term solution to our failed trade agenda and must be part of a broader strategy that this administration clearly lacks,” Warren wrote in a post on medium.com.

The Massachusetts senator said she’d impose new conditions that countries must meet to enter into trade agreements with the U.S. Those stipulations include upholding internationally recognized human rights, enforcing labor rights such as collective bargaining, and steering clear of the Treasury Department’s monitoring list of countries with dodgy currency practices.

“And I will renegotiate any agreements we have to ensure that our existing trade partners meet those standards as well,” she wrote.

Warren’s approach represents a sharp reversal from the pro-trade policies of past Democratic presidents such as Barack Obama and Bill Clinton. It comes as the party faces a power struggle between an ascendant populist wing, elevated by the unexpectedly strong 2016 presidential campaign of Bernie Sanders, and a moderate wing that supports free trade.

In 2016, Trump won over voters in industrial Midwestern states in part by channeling grievances about how globalization and trade have harmed their economic fortunes. The issue looms over his re-election bid, as Democrats seek to retake states such as Pennsylvania, Wisconsin and Michigan by accusing him of failing to deliver for workers.