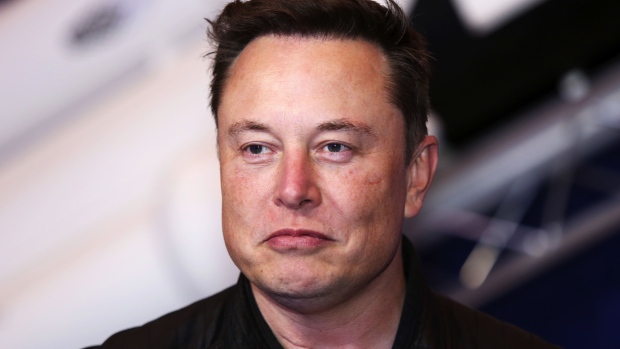 (Bloomberg) -- Elon Musk’s swift ascent from Twitter Inc. shareholder to board member threatens even harsher scrutiny from the Securities and Exchange Commission at a time when it’s demanding more transparency from big investors and ratcheting up fines for breaking rules.

Musk, a frequent tweeter of ideas for revamping the social-media platform, risked SEC scrutiny this week by potentially disclosing his massive stake days later than regulations allow and because he revealed it in a filing typically reserved for passive investments. Then Twitter made him a director and he signaled in a new document that he does plan to advocate for changes as the biggest shareholder.

SEC Chair Gary Gensler has been pressing to tighten rules for how investors must disclose they’ve taken a stake of 5% or more in a company. He’s called for more transparency, and in February the regulator proposed cutting the maximum time that an investor has to reveal they’d taken a significant position to five days, from 10 currently.

Musk’s April 4 filing announcing his Twitter stake indicated that the billionaire may have crossed the threshold on March 14.

Keith Higgins, who ran the regulator’s corporate filings unit during the Obama administration, said that being a little late to file a form 13G for passive investors, or the longer 13D filing that activist investors make, might not normally cause the SEC to bring a case. However, if there are other rules violations, a missed deadline can fuel action by the agency’s enforcement attorneys, he added.

“In this context, I wouldn’t characterize it as a mere foot fault,” Higgins said, adding the he expected the agency would look into Musk’s disclosures. “This isn’t your typical late filing. The message that they may want to send here is that if you’re in discussions about becoming a director, then a 13-G is not the appropriate form to file. And you could imagine them pursuing that.”

Twitter Chief Executive Officer Parag Agrawal signaled on Tuesday that the company and Musk had conversations about the billionaire joining the board before this week’s disclosures.

Musk is no stranger to dust-ups with the SEC, which has repeatedly sparred with the Tesla Inc. chief executive officer in recent years. The agency was already investigating whether he and his brother Kimbal violated insider trading rules when selling shares in the electric automaker late last year, something Elon has denied.

The world’s richest person is also fighting in court to exit a 2018 settlement with the SEC over his infamous Tweet that he had secured funding to take Tesla private that limited his freedom to tweet about Tesla.

A clash with the agency, even over an unrelated and relatively minor infraction, could lead to bigger penalties for Musk. The SEC has been pursuing stiffer punishments under Gensler, with top officials discussing the value of higher fines for deterring misconduct.

“He may just enjoy sticking his finger in the SEC’s eye in various ways,” John Coffee, a professor at Columbia Law School, said about Musk’s decision to initially use a form reserved for passive investors.