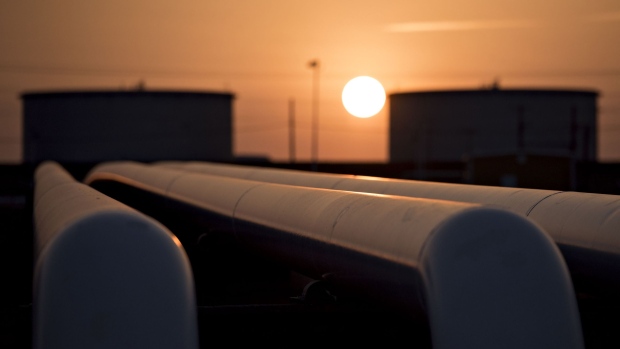 Enbridge has applied to the Canada Energy Regulator for permission to use a portion of its Line 3 pipeline in Saskatchewan and Manitoba to store about 900,000 barrels of oil starting June 1.

The pipeline is scheduled to be decommissioned next year after it was replaced by a new segment that came into service late last year.

Enbridge says it could increase its storage capacity to about two million barrels this year on the Mainline system with further optimizations in its storage tank program.

In a report, Tudor Pickering Holt & Co. analysts say the storage tariff Enbridge negotiated equates to about $1.20 per barrel per month, potentially delivering about $17 million to Enbridge over an eight-month period.

Calgary-based Enbridge, which held its annual general meeting by webcast on Tuesday, says testing has been completed to ensure that the section of pipe meets safety protocols to be used as storage.

"Given the impacts of the pandemic and the collapse in crude oil prices, demand for incremental crude petroleum storage throughout North America and even more urgently in Western Canada is high," says Enbridge in a filing to the regulator.