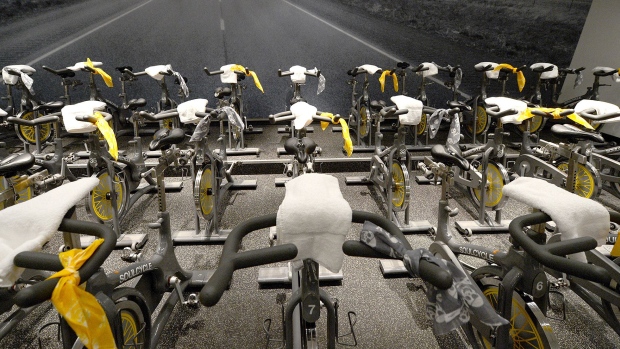 (Bloomberg) -- Equinox Holdings Inc. got relief on some of its debts tied to the luxury fitness chain’s SoulCycle subsidiary after agreeing to pay down a portion of the borrowings, according to people with knowledge of the matter.

Equinox, backed by billionaire Stephen Ross’s Related Cos., reached a deal that releases it from a limited guarantee of SoulCycle’s $265 million credit facility with lender HPS Investment Partners, the people said, asking not to be identified discussing a private matter.

As part of the deal, Equinox will also add additional protections to its borrowings, said the people. Equinox struck a forbearance deal with HPS last May to delay the payment deadline until Feb. 15.

Equinox’s guarantee originally required it to buy back at least part of SoulCycle’s obligations if the spin studios’ debt relative to earnings exceeded certain thresholds. The new agreement releases Equinox Holdings from certain debt requirements, though another unit of the company still guarantees the obligations, said the people, who declined to provide further details of the arrangement.

Bloomberg last month reported that Equinox was seeking another amendment to the deadline. Representatives for Equinox and SoulCylce declined to comment. Reorg Research earlier reported details of the agreement.

In a note last June, S&P Global Ratings said another Related Cos. affiliate had agreed to contribute $125 million to help cover Equinox’s guarantee, but said the sum might not be enough.

Like its rivals, Equinox has been hampered by lockdowns and social distancing rules that limit visitors and operating hours. New York has allowed gyms to reopen with those safeguards, while SoulCycle has been allowed to resume operations in some cities and is conducting outdoor classes elsewhere.

Equinox started as a single fitness club in New York’s Upper West Side and has grown to more than 100 gyms globally, according to its website. Locations include Los Angeles, Miami and San Francisco and the company also operates brands including Blink Fitness, Precision Run and Pure Yoga, which permanently closed at least one location in Manhattan.

Similarly, SoulCycle began with one studio on Manhattan’s Upper West Side in 2006 before expanding across the U.S., according to its website. Equinox bought a majority stake in SoulCycle in 2011.

The privately held chain also received a minority investment in 2017 from L Catterton, a consumer-focused private equity firm. Price quotes on the fitness company’s $1.02 billion loan due 2024 have hovered around 90 cents on the dollar.