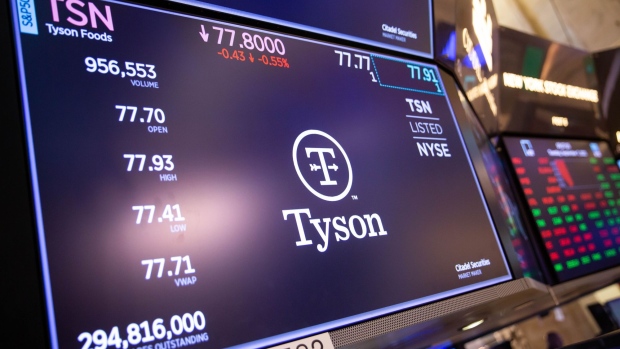 (Bloomberg) -- A group of government and markets veterans have started a hedge fund that will invest only in companies that promote positive environmental, social and governance policies -- and bet against those that fail to do so.

Nordis Capital, based in Montreal, will launch with C$34 million ($26.6 million) and plans to raise C$100 million within the next year, according to Chief Investment Officer Francois Bourdon. The fund will bet against companies, including Facebook parent Meta Platforms Inc. and Brazilian oil producer Petrobras, by short selling their shares.

“We’re not social justice warriors,” Bourdon, who until last year was global CIO of Fiera Capital Corp., said in an interview. “We just believe financial markets will allocate capital appropriately, not in the short run necessarily, but in the long run.”

Nordis joins a small number of hedge funds solely focused on ESG investing, one of the hottest areas in finance. The boom in ESG has prompted growing scrutiny from regulators and investors amid claims that money managers are exaggerating their environmental credentials. Assets of global sustainable funds have almost quadrupled to $3.8 trillion since the start of 2020, according to data from Morningstar Inc.

Nordis got its first investment mandate from the Quebec Emerging Managers Program, a fund whose backers include Caisse de Depot et Placement du Quebec, Canada’s second-largest pension manager, and the provincial government. Nordis will mainly invest in equities, and occasionally in corporate bonds and commodities.

So far, Nordis’s strategy, which its affiliate called Sustainable Market Strategies has been following, has yielded uneven results. After rising almost 22% last year, the portfolio has barely made money this year through September, in part because shares of energy companies rose, Bourdon said.

Nordis is betting against Facebook for concerns over data privacy, and against Petrobras because it “isn’t thinking about cleaning itself up,” he said.

Other short trades include meat companies Tyson Foods Inc. and Brazil’s JBS SA, as well as U.S. prison operator CoreCivic Inc., reflecting a belief that private hospitals and prisons are “not geared for success in the long run.”

At the same time, Nordis will invest in companies that boost access to health care and education, and promote diversity. It also will bet on renewable energy companies and those involved in food sustainability and pollution control.

That means it can take long positions in some companies from the same industries it’s shorting -- for instance TotalEnergies SE among oil producers -- if they have clear plans to change the way they do business and have management compensation linked to these targets, said Nordis Chief Executive Officer Francois Boutin-Dufresne.

“You’re giving the incentives to the right people to put in place the right policies,” said Boutin-Dufresne, who’s worked for the Canadian government and the International Monetary Fund. “I’m not saying it’s perfect, but this is the only theory of change you have if you invest in the secondary market.”