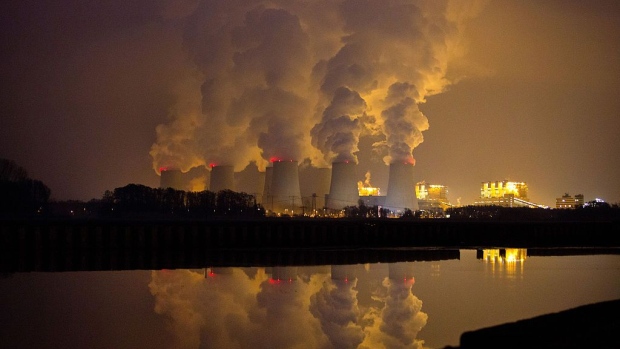 Are the biggest, supposedly ESG-focused exchange-traded funds doing their part to lower their collective carbon footprint?

This is the question that Jordan Waldrep, the Dallas-based chief investment officer of TrueMark Investments, delved into by analyzing the holdings of the largest environmental, social and governance funds, including the $14.1 billion iShares ESG Aware MSCI USA ETF.

What he found was simultaneously encouraging and disconcerting. The greenhouse-gas intensity of the iShares fund, known by its ticker symbol ESGU, declined by about 25% over the past year, Waldrep said. While not bad, the drop could have been significantly more given that the GHG intensity of the S&P 500 would plummet 36% by replacing 55 of the index's worst corporate emitters, he said.

“I don’t think it’s ridiculous to say that should be the bare minimum expectation of a diversified ESG fund,” Waldrep said. The reality is that the most popular ESG ETFs hold shares of companies with a carbon footprint that’s not much lower than companies that make up the S&P 500, he said.

But whether it's strategy, inertia or a light shade of greenwashing, the days in which funds could afford to show only modest progress toward climate goals are fast coming to an end.

Waldrep’s conclusions are based on pollution-related data reported by the companies. The most common metric is measuring a company’s greenhouse-gas emissions relative to its total revenue. “This allows us to look at Facebook or Walmart, and compare how dirty it is to a small-cap business in a fair way,” he said.

Of the S&P 500 companies, 310 have published emissions data for at least the past four years, Waldrep said. In his evaluation system, companies that have provided fewer years of information are penalized.

The greenhouse-gas intensity of ESGU’s portfolio holdings measured at 109 metric tons of emissions per $1 million of revenue as recently as January, down from 125 metric tons last March, he said. In addition, the average GHG emissions of companies that were eliminated from the fund such as Occidental Petroleum Corp. and Delta Air Lines Inc. were 171 metric tons, while the average for holdings that were added, including Mondelez International Inc. and Nike Inc., was 97 metric tons.

TrueMark oversees about $95 million for clients, including the $9.5 million TrueShares ESG Active Opportunities ETF (ECOZ). The firm concentrates its investments in high-quality, low-carbon companies that have good ESG scores and valuations, Waldrep said. Its top holdings include Enphase Solar Inc., a residential solar company, and Square Inc., a financial-services company for small businesses and individuals.

The interest in ESG investing has exploded in recent years. Researchers at Morningstar Inc. said $347 billion flowed into ESG funds globally in 2020 and more than 700 new funds were created.

The vast number of options means investors are going to be more discerning about where they put their money, Waldrep said. “For many, an ESG label may be enough, but investors now have many viable choices and they will have to decide what they want,” he said.

Last week, BloombergNEF published a note with this headline: “Expect a New, Healthy Skepticism About ESG Funds in 2021.” It said the surge in buying of ESG funds “will bring more scrutiny about the sustainability credentials” attributed to these investment products.

BNEF expects this to ramp up this year, with more investors concerned about potential greenwashing. In response, more ESG-focused regulation is being developed, including the Sustainable Financial Disclosure Regulation (SFDR) and the EU Taxonomy, which defines what the region  considers an environmentally sustainable economic activity. The taxonomy rule will require additional disclosures from large publicly traded European companies, starting next January.