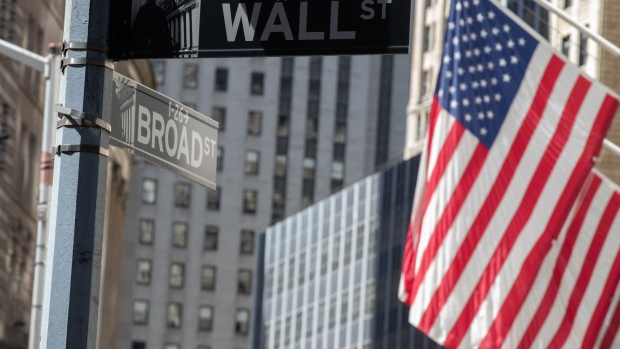 Three big players have long made up the majority of the US$5.4 trillion U.S. exchange-traded fund industry, but their latest offerings were also-rans in a record year for new product launches.

The top 20 ETFs to debut in 2020 by total fund assets include only three products from BlackRock Inc. and none from Vanguard Group or State Street Corp., according to data compiled by Bloomberg.

Those powerhouses are still a force to be reckoned with, managing 81 per cent of the money in U.S. products. But as they release fewer new funds, firms like JPMorgan Chase & Co. and Goldman Sachs Group Inc. are beefing up their ETF presence, and smaller upstarts are attracting big cash.

“Some of these launches are giving you some glimpse into the future where new names climb the list,” said Eric Balchunas, an ETF analyst at Bloomberg Intelligence.

More than 300 new ETFs started trading in 2020, bolstered by a streamlined approval process for new offerings known as the ETF rule. That’s the most ever, and a huge leap from the 257 that debuted in 2019. Last year’s top 20 alone gathered almost US$10 billion.

JPMorgan’s BetaBuilders U.S. Mid Cap Equity ETF (BBMC) attracted the most cash out of any 2020 release, ending the year US$1.3 billion in total assets after its April debut.

“We had the ETF rule and we had all of these active semi-transparent models getting approved, and it’s decreased the barriers to entry,” said Jillian DelSignore, principal at Lakefront Advisory. “These regulatory changes have made it much easier to bring product to market.”

Two of the top 20 were part of a new breed of funds that conceals their holdings -- one each from Dimensional Fund Advisors and American Century.

Goldman Sachs also had three of its new funds crack the top 20 leader board, as its presence in the ETF industry continues to grow.

Meanwhile, Vanguard released just one product and State Street debuted only three, none of which attracted more than US$100 million.

“Vanguard’s approach to product development has produced a carefully curated and enduring lineup that has outperformed, offered long-term value and met true investor needs,” said Freddy Martino, a spokesperson for Vanguard. “A review of our ETF lineup demonstrates that we focus on quality over quantity.”

BlackRock did launch 40 new funds, with fixed income products and ones focused on environmental, social and governance criteria making up a solid chunk.

“Given the challenges that 2020 presented, it’s a testament to our strong team and innovative culture that we were able to expand the iShares lineup by as much as we have,” said Carolyn Weinberg, global head of iShares products at BlackRock.

State Street did not respond to a request for comment.

The largest issuers may be worried about cannibalizing their existing strategies by launching a torrent of new products, said Elya Schwartzman, who spent nearly a decade at BlackRock before founding ES Investment Consulting LLC.

“They’re getting such huge flows in their existing funds, why would they take dollars away from supporting those and put some big publicity campaign on a small new upstart?” he said.

Vanguard led total ETF flows in 2020 with a record US$201 billion, while BlackRock products added US$116 billion. Vanguard’s Total Stock Market ETF (VTI) added the most cash of any other fund, adding US$32.7 billion.

One reason firms like JPMorgan and Goldman Sachs have had such successful new launches is that they often funnel their own money into the products, said Balchunas, who describes it as a “bring your own assets” strategy.

“More and more of the latecomers are putting in their own money and the big three don’t do that,” he said. “They’ve curbed their launches. We think this is a slight headwind on the big three, but I don’t think it’s a big one.”

JPMorgan currently has about US$40 billion in ETF assets and Goldman has US$21 billion, compared to only about US$6 billion for each in 2017.

Although that’s still small compared to BlackRock’s US$2 trillion and Vanguard’s US$1.5 trillion, it points to the growing competition in the industry.

For instance, Cathie Wood’s Ark Investment Management took in almost US$21 billion this year, while Global X saw US$4.4 billion added, record years for both.

“If you look at these boutique issuers, they are nipping at the heels of some of the larger issuers,” DelSignore said. “That’s real and it’s happening.”