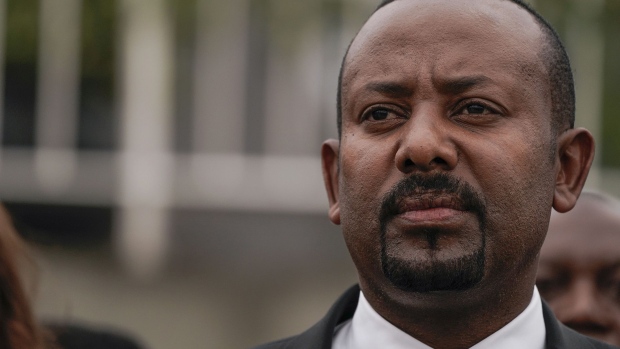 (Bloomberg) -- Ethiopia will begin holding a national dialog in September to address grievances that have undermined stability in the Horn of Africa nation, Prime Minister Abiy Ahmed’s office said.

A roadmap for the talks will be announced this month and a structure will then be put in place to facilitate them, Billene Seyoum, Abiy’s spokeswoman, told reporters in the capital, Addis Ababa, on Friday. The discussions form part of a reform process the government embarked upon three years ago, she said, without saying who will participate.

Federal troops and militia’s have been battling dissidents from the northern Tigray region since November, fighting that’s displaced hundreds of thousands of people and left millions more facing hunger. Ethnic rivalries have also degenerated into violence in several other areas, and Abiy is facing calls to grant regional authorities greater autonomy.

“It is time for all parties to recognize that there is no military solution and it is vital to preserve the unity and stability of Ethiopia which is critical to the region and beyond,” Guterres said, adding that his special envoy Martin Griffith met TPLF leader Debretsion Gebremichael to discuss the conflict.

The U.S. is also trying to broker peace, with President Joe Biden’s special envoy for the Horn of Africa Jeffrey Feltman making his third trip to the region to discuss how to kick-start talks. Samantha Powers, head of the U.S. Agency for International Development, visited the country earlier this month.