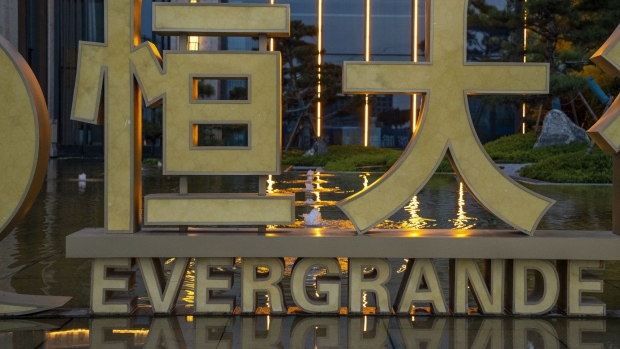 (Bloomberg) -- China Evergrande Group’s offshore creditors are signing confidentiality agreements as they seek to advance debt negotiations with the company as soon as this weekend, according to people with knowledge of the situation.

The indebted developer said it aims to present a restructuring proposal for its dollar debt as soon as the first week of December. The plan could entail swapping debt for shares in Evergrande’s Hong Kong-listed auto and property management units, Bloomberg previously reported.

Evergrande also expects to get restructuring support from offshore creditors as early as February. Some creditors had asked Chairman Hui Ka Yan to inject at least $2 billion of his personal wealth into the company as a condition for agreeing with any proposals from the company.

A representative for Evergrande didn’t immediately respond to requests for comment outside of normal business hours.

With more than $270 billion of liabilities, Evergrande’s overhaul will be China’s biggest and could reverberate through the country’s banks, trusts and millions of home owners.

The developer giant roiled markets when it defaulted on dollar-bond payments late last year, and has missed self-imposed deadlines to deliver a restructuring plan. It is facing a winding-up hearing in March in Hong Kong.

Creditors frustrated with slow restructuring progresses of defaulted Chinese builders are increasingly going to courts to seek what little recovery they can get. Such lawsuits could press borrowers to speed up proposing repayment options and result in liquidation of assets.