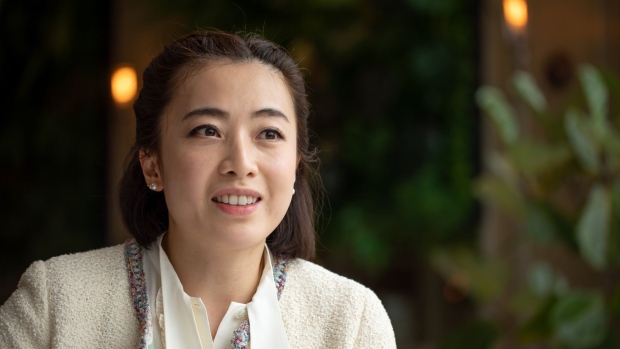 Chan sold 24.4 million shares at an average price of HK$3.58 each last Friday, according to a Hong Kong exchange filing. That reduced her stake in the real estate company to 7.96% from 8.15%.

The sale marks at least the second time in a month that Chan -- whose tycoon husband has been a long-term ally of Evergrande founder Hui Ka Yan -- has cut her stake in the world’s most indebted developer.

The outlook for Evergrande is deteriorating by the day, with the company and local government hiring advisers for what could be one of the country’s largest-ever debt restructuring. Protests against the company broke out across the country after Evergrande failed to pay retail investors of its high-yield products on time.

In early September, Chan, the chief executive officer of Chinese Estates Holdings Ltd., said that she and her husband would continue to support Evergrande’s development as a shareholder.

Evergrande continued its plummet on Thursday, falling 6.4% to HK$2.63 in Hong Kong, a 10-year low. Its onshore bonds were halted after domestic risk assessor China Chengxin International Credit Rating Co. lowered the firm and nine notes to A from AA.