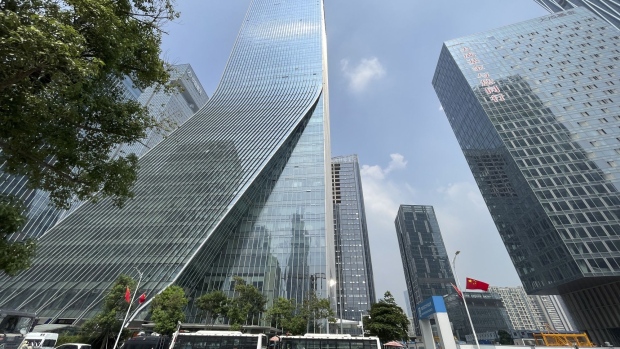 (Bloomberg) -- China Evergrande Group has transfered the interest payment originally due Sept. 23 for a dollar bond, according to the Securities Times.

The developer wired the $83.5 million payment and bondholders will receive the payment before Saturday, the state-backed newspaper said, citing relevant channels.

The embattled property firm, which is Asia’s largest issuer of junk-rated dollar bonds, had missed a Sept. 23 deadline for the interest payment. A lack of any announcement from Evergrande since then about its plans for the obligation had added to uncertainty surrounding its struggles and left markets on edge.