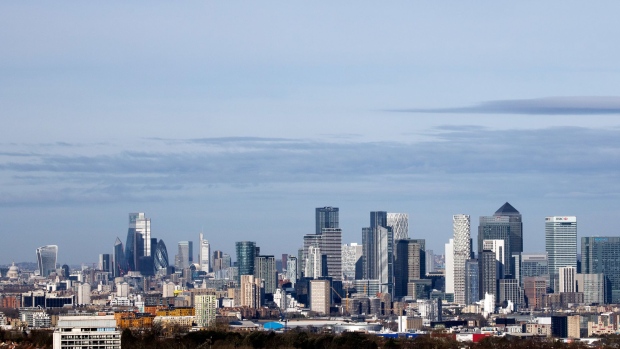 (Bloomberg) -- Asfandyar Nadeem, a former money manager at Brevan Howard Asset Management, is preparing to start his own macro hedge fund as the trading strategy racks up gains in volatile markets.

His London-based firm plans to launch Deem Global Macro Fund in the first quarter, according to people with knowledge of the matter. The fund is expected to start with about $400 million in initial capital, the people said, asking not to be identified because the details are private.

Nadeem, 30, worked at Brevan Howard from 2014 to 2019, most recently as head of global macro special opportunities. He declined to comment.

Nadeem’s startup joins a hot market for macro hedge funds, which are emerging as some of the biggest winners this year. They have profited from bets across asset classes, as central banks reverse years of quantitative easing to tame spiraling inflation.

Macro traders including Said Haidar and Chris Rokos are heading for a record year of gains, while Brevan Howard’s main fund is up by double digits. Crispin Odey’s hedge fund and Michael Platt’s BlueCrest Capital Management have both produced triple-digit returns. Macro hedge funds on average have gained almost 3% this year, according to Bloomberg data.

Deem Global will follow an options-based trading strategy, betting on four to six macro themes across asset classes, the people said. Nadeem will be the sole risk-taker.

While Deem’s initial capital makes it one of the larger hedge fund startups, Nadeem faces a market where investors are increasingly migrating toward multi-strategy investment firms run by groups of traders producing steady returns. More hedge funds closed than started during the first half of this year, according to data from HFR.

As a Harvard University undergraduate, Nadeem worked on academic research with heavyweights like Carmen Reinhart, Larry Summers and Niall Ferguson.

Nadeem set up his own investment firm in 2020 and had been managing money for a private group of investors before deciding to launch a hedge fund.