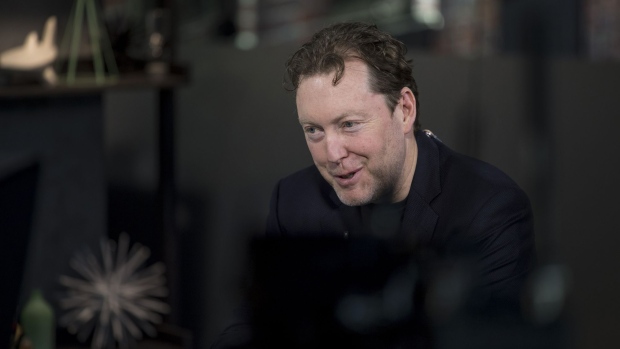 Mike Cagney, co-founder and chief executive officer of Social Finance Inc., speaks during a Bloomberg Technology television interview in San Francisco, California, on Monday, Dec. 19, 2016. The online lending company known as SoFi, which specializes in refinancing student loans, is pushing back plans for an initial public offering in order to focus on developing other business lines, said Cagney. , Bloomberg

The special purpose acquisition company, or SPAC, is called Figure Acquisition Corp. I and sponsored by an affiliate of Figure’s dubbed Fintech Acquisition LLC. Ellington Management “owns a significant economic interest” in the fintech entity and “has the right to designate a director for election to our board of directors,” according to the filing.

Figure, a mortgage firm, has not yet selected any business combination target nor initiated any “substantive discussions” with any company, the filing said. A representative for Figure declined to comment beyond what was in the filing.

Established in 2018 in San Francisco, Figure has raised over $220 million in funding from early stage and corporate venture investors including Ribbit Management, the partners at DST Global, RPM Ventures, Nimble Ventures and Morgan Creek, among others, the filing said.

SPACs look to merge with private companies, letting them become publicly traded while avoiding some of the uncertainty of an initial public offering. The vehicles have become a popular way for venture-backed startups to list on the public markets.

After a record 2020, the grab for capital by SPACs has continued into the new year. In the first six weeks of 2021, some 155 U.S. vehicles filed for initial public offerings, seeking to raise a collective $46 billion, Bloomberg data show.

Figure set up a platform to underwrite, originate, service and finance mortgage loans and other consumer debt through its affiliated blockchain, Provenance. In September, Cagney told Bloomberg that digitally underwriting and originating the loans on blockchain makes the process less cumbersome for the borrower versus traditional origination, and more transparent for capital-markets investors.

Cagney helped build SoFi into one of the largest refinancers of student loans. He resigned after several workplace controversies at the firm, including allegations of sexual misconduct and a toxic work environment at the company.