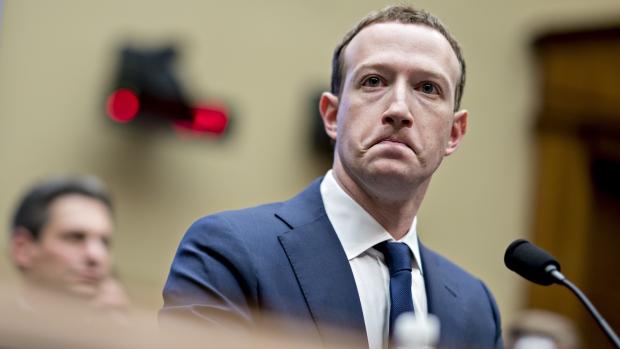 Zuckerberg will “meet with policymakers and talk about future internet regulation,” Facebook spokesman Andy Stone said in a statement.

The CEO is scheduled to meet with Senator Maria Cantwell, according to a person familiar with the plans. Cantwell serves as the top Democrat on the Senate Commerce Committee that regulates several tech issues and is weighing privacy legislation. He is not scheduled to meet with House Speaker Nancy Pelosi, according to a person familiar with the matter. Democrats castigated the company earlier this year after it failed to remove a doctored video of Pelosi. Pelosi snubbed at least two meetings with him, Bloomberg has reported.

Zuckerberg’s Washington visit comes as Facebook is battling criticism from lawmakers over its handling of users’ personal information, the proliferation of violent content and election interference by foreign actors. The company is also facing antitrust investigations of its business practices from federal, congressional and state authorities.

On Wednesday, lawmakers from the Senate Commerce Committee grilled executives from Facebook, Twitter Inc. and Alphabet Inc.’s Google over spreading extremism and violence on digital platforms.

Separately, the Federal Trade Commission has opened an antitrust probe of the company, and New York is leading a coalition of states in a wide-ranging investigation of the social media giant. In July, Facebook agreed to pay $5 billion to settle FTC allegations it violated users’ privacy.

The company is trying to win over lawmakers threatening to stymie its launch of a new digital currency called Libra that its executives say can lower costs and expand access to the banking system in third-world countries. The project faced bipartisan scorn during Congressional hearings in July, even leading to legislative proposals that would kill it.