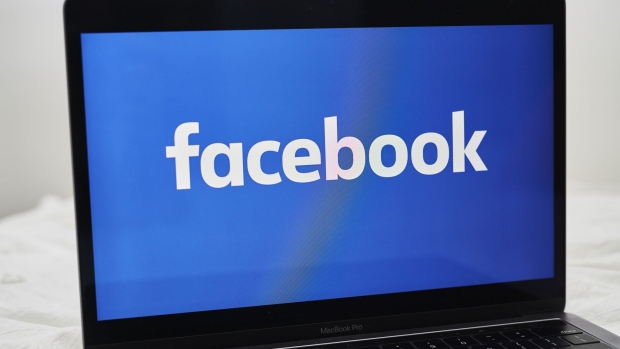 Facebook Inc. signage is displayed on a laptop computer in an arranged photograph taken in the Brooklyn Borough of New York, U.S., on Friday, July 24, 2020. Facebook Inc. is scheduled to release earnings figures on July 29. Photographer: Gabby Jones/Bloomberg , Bloomberg

Facebook Inc. said it found and removed a network of fake accounts that originated in China but posed as locals in the countries they targeted, violating the social network’s policy against foreign or government interference.

The campaign used the fake accounts to “post in Groups, amplify their own content, manage Pages, like and comment on other people’s posts particularly about naval activity in the South China Sea, including U.S. Navy ships,” Facebook said in a blog post on Tuesday. Some of the content related to the U.S. election. The accounts were removed not because of what they said, but because they violated Facebook’s policies against coordinated campaigns with false identities.

In total, the company removed 155 Facebook accounts, 11 pages, 9 groups and 6 Instagram accounts. The activity was mainly focused on the Philippines and Southeast Asia. The network also had a very small following in the U.S., where it posted content both supporting and against presidential candidates Pete Buttigieg, Joe Biden and Donald Trump.

Facebook also said it took down a network of fake accounts and pages that originated in the Philippines and was focused on local audiences in that country.