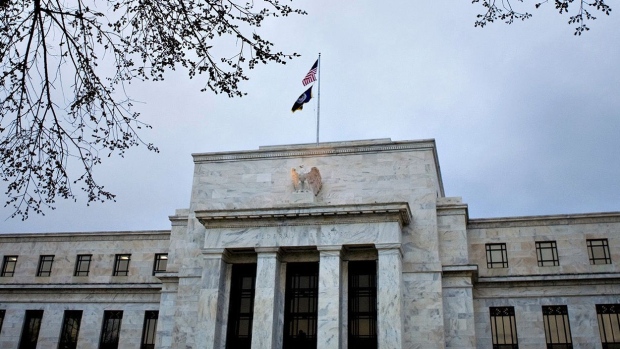 The Federal Reserve Bank of New York on Tuesday announced plans to conduct repurchase agreement operations through until at least Feb. 13, although the size of term operations will be trimmed to US$30 billion from the start of next month. The central bank did not elaborate on plans beyond that.

The move extends a program that has been in place since it stepped in to combat funding-market turmoil in September, but indicates the central bank may have one eye on the exit.

It announced plans to conduct a series of term repo operations from Jan. 16 through Jan. 30 of US$35 billion apiece, in line with the most recent similar actions. Those scheduled from Feb. 4 to Feb. 13 will have a maximum offering size of US$30 billion. The newly scheduled operations will provide liquidity through to Feb. 27. The maximum size of the central bank’s daily overnight operations, meanwhile, will be kept steady at US$120 billion. These are slated to continue until Feb. 13, according to the New York Fed.

“This is consistent with our assumption that the Fed will back off slowly and make sure not to rock the funding boat,” said BMO rate strategist Jon Hill.

The Fed has been conducting repo offerings and Treasury-bill purchases in a bid to keep control of short-term interest rates and bolster bank reserves. That has calmed markets since the September spike that took overnight repo rates as high as 10 per cent and helped to quell concerns about a potential cash crunch at the end of December 2019.

In the minutes from December Federal Open Market Committee released last week, Lorie Logan, manager, of the System Open Market Account, said January’s calendar could reflect a “gradual reduction” in offerings, though indicated that some repos might be needed at least through April, when tax payments will reduce reserve levels.