The Federal Reserve became one of the top holders in some of the world’s largest credit ETFs less than two months after stepping into the market.

The central bank owns more than 13 million shares of the US$54 billion iShares iBoxx $ Investment Grade Corporate Bond exchange-traded fund (LQD) as of June 16, making it the third-largest holder, according to data compiled by Bloomberg. Only Bank of America Corp. and Fisher Asset Management — both of whom have yet to file their second-quarter holdings — own more shares than the U.S. central bank. 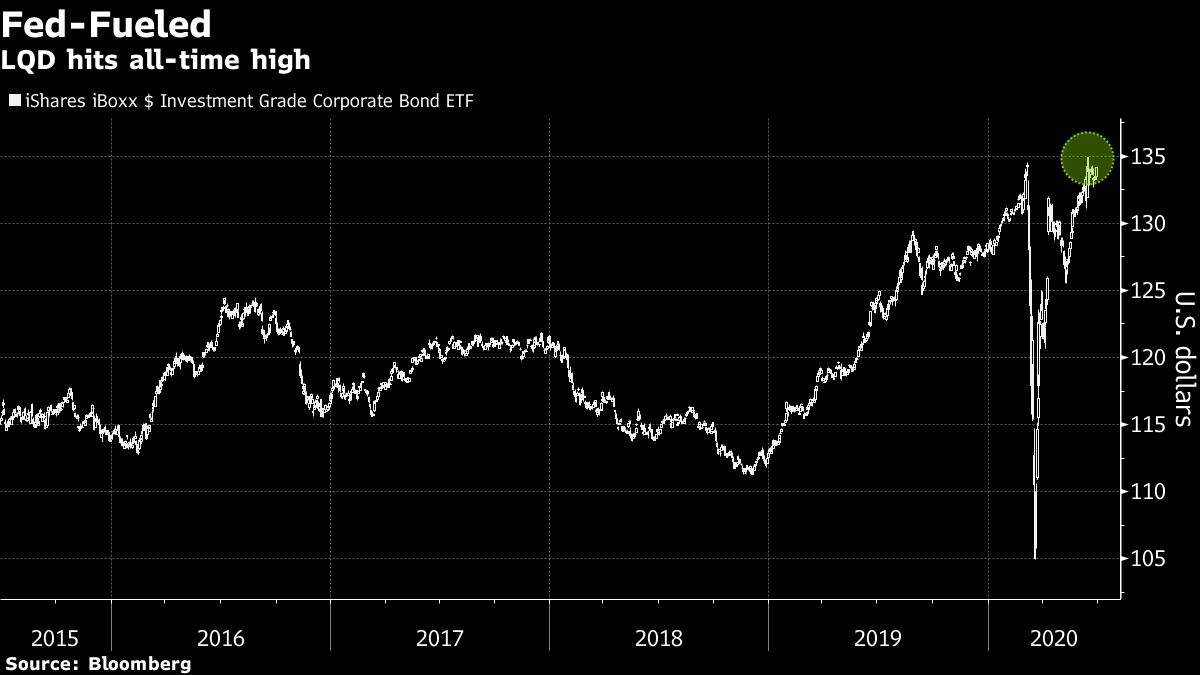 The Fed began purchasing corporate bond ETFs on May 12 as part of its effort to prop up credit markets in the midst of the coronavirus pandemic, after first announcing the program in late March. Its pledge has boosted markets in the months since, with LQD — which has absorbed the bulk of the Fed’s purchasing — ballooning to a record size and rallying to an all-time high. The Fed has accumulated roughly US$6.8 billion of ETFs through the so-called Secondary Market Corporate Credit Facility through June 16.

The updated holdings will likely be the high-water mark for the Fed’s ownership, according to Academy Securities’s Peter Tchir. The Fed began purchasing individual corporate bonds in mid-June in addition to ETFs, and Chairman Jerome Powell said the following day that the central bank would reallocate purchases of ETFs toward debt securities.

“Now that they have SMCCF up and running, they will reduce their run rate on ETFs to make sure they have powder available in case they need it,” said Tchir, Academy’s head of macro strategy. “They will grow the bond side faster than the ETF side for now.”