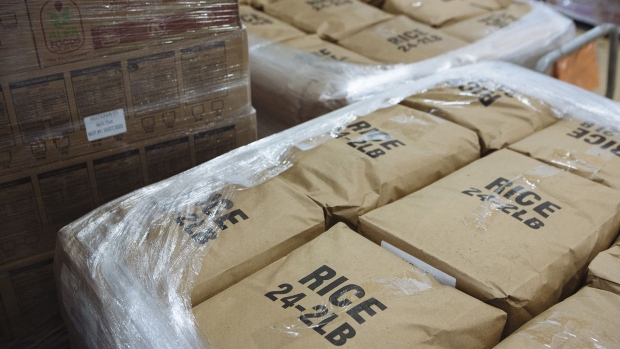 The Federal Reserve formally expanded its Main Street Lending Program to include nonprofit organizations and eased some of its initially indicated terms to allow smaller entities to participate.

“Nonprofits provide vital services across the country and employ millions of Americans,” Fed Chair Jerome Powell said in a statement Friday. “We have listened carefully and adapted our approach so that we can best support them in carrying out their vital mission during this extraordinary time.”

The Fed had previously said it was looking to broaden Main Street -- its emergency facility to help small- and mid-sized businesses weather the pandemic -- to include nonprofits, which have been on the frontline of helping needy Americans survive during the coronavirus pandemic.

The Fed changed the minimum employee provision for nonprofits to 10 from 50, allowing smaller organizations to participate. Nonprofit organizations employ 12.5 million Americans, or about 8 per cent of the workforce, according to the Bureau of Labor Statistics.

The coronavirus pandemic is weighing on the nonprofit sector as contributions and revenues suffer, with organizations on average having laid off or furloughed 18 per cent of their workers, a survey showed. Some 22,000 nonprofits may fail during the crisis, according to a report from Candid, an industry research group.

The Fed also modified the revenue provision, giving access to nonprofits with non-donation revenues equal to or greater than 60 per cent of expenses in the two years through 2019. The central bank made changes to other financial provisions, but left the overall terms of the loan the same. The endowment cap remains unchanged at $3 billion.

The changes follow a public comment period, in which some 300 organizations asked for modifications so that smaller nonprofits could participate. The Fed first announced it was working on an expansion to nonprofits on June 8 and proposed a framework on June 15, requesting comments on it through June 22.

This marks the latest expansion of the Main Street Lending Program, which the central bank first announced in March as part of its emergency response to the coronavirus-fueled economic crisis. The program buys 95 per cent of loans made to eligible entities by financial institutions.

Under the new requirements, thousands of nonprofits may be eligible for the program, the Fed said, including public hospitals and universities. It has faced questions over takeup of the Main Street facilities, as lenders and borrowers alike have said the loans are too complex and the terms too onerous.

The Fed said that it’s not judging use of the program as a marker for success but rather the wider availability of credit, with the facilities there for entities that need loans and are not be able to get them under better terms in the private market.

Nonprofits would be able to tap two of the program’s three facilities at terms similar to that of the for-profit, small- to mid-sized businesses that it was first designed for.