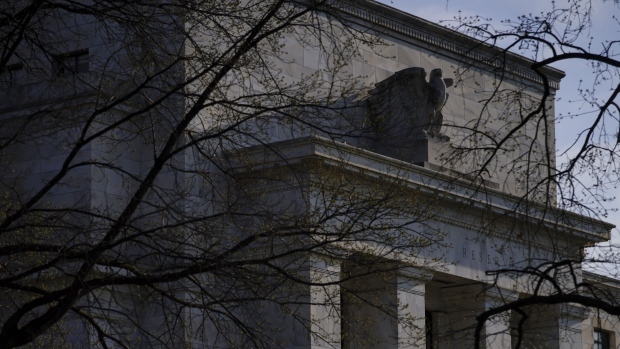 (Bloomberg) -- Many of the largest U.S. banks pointed to regulatory restrictions on their balance sheets and reduced risk appetite to explain why they stood on the sidelines during the mid-September spike in overnight funding rates instead of profiting from the excess demand for short-term lending, according to a Federal Reserve survey.

Three-fourths of primary dealers responding to the Fed’s December Senior Credit Officer Opinion Survey reported “basically no change” in secured lending from Sept. 16-18, compared with the first week in September, despite a higher lending rate. Fed officials had expected banks with excess liquidity to jump in with extra lending.

After the disruption caused the Fed’s benchmark overnight interest rate to stray outside its target range, the central bank intervened by injecting funds into the repo market, eventually returning overnight rates to more normal levels.

About three-fifths of those surveyed said they were “at least somewhat certain that the spike in overnight Treasury repo rates was driven by technical factors and thus would only be temporary.”

Opponents of financial deregulation have cast doubt on claims by large banks that post-crisis rules on liquidity prevented them from deploying excess liquidity during the episode.

In the regular portion of the survey, dealers reported little change in the price and terms of securities lending or over-the-counter derivatives, or to the use of financial leverage. About one-fourth of dealers reported an increase in the resources and attention devoted to the management of concentrated credit exposure.

To contact the editors responsible for this story: Alister Bull at abull7@bloomberg.net, Jeff Kearns