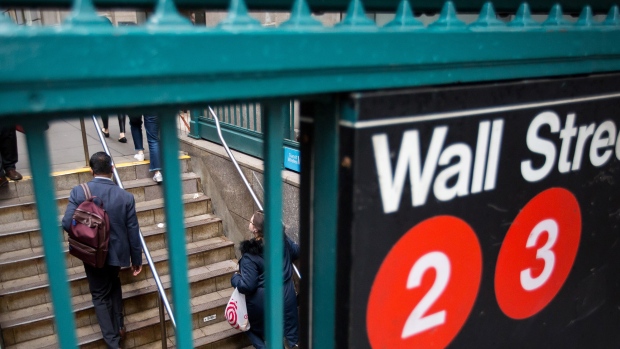 Wall Street banks will have to wait a bit longer for regulators appointed by President Donald Trump to make the Federal Reserve’s stress tests less stressful. Their reward for being patient could be many more concessions than they industry anticipated.

Randal Quarles, the Fed’s vice chairman for supervision, said Friday that a planned overhaul of the annual exams won’t be in place until at least 2020.

But in good news for Wall Street, he said the revamp could target three issues that have long frustrated bankers: the possibility of having dividend and share buyback plans publicly rejected, the testing process’s lack of transparency, and reducing the stigma of failing what’s know as the qualitative part of the assessments.

Implemented after the 2008 financial crisis, the Fed uses the exams to assess whether banks have enough capital to withstand the losses that would be triggered by another downturn. The tests have led to embarrassing headlines for firms that have failed, and blocked them from returning money to their investors.

Quarles, speaking at a Brookings Institution event in Washington, also said Friday that the Fed plans to give Wall Street another reprieve by delaying a related rule change that will force the biggest banks to hold more capital.

The Fed proposed in April that its risk-based capital regulations be tied to its stress tests. The result -- a new “stress capital buffer” based on each firm’s performance in the tests -- is expected to result in megabanks having to boost capital. For the rest of the industry, however, the changes would result in capital cushions falling by tens of billions of dollars.

Revising the rule for the biggest banks will take longer than the 2019 completion the Fed anticipated, Quarles said. He added that parts of the proposal may still move forward next year.

Comments on the earlier proposal “have flagged certain elements of the regime that could benefit from further refinement,” Quarles said. He said the Fed expects to adopt a rule in the “near future” to implement some of the ideas while re-proposing other aspects -- including ways to answer bankers’ concerns that the resulting capital demands could be subject to volatile swings from year to year. Many of his other suggested changes address long-standing industry complaints.

The Fed is considering revising its proposal to let banks know their stress-test outcomes before they plan their capital distributions. That would reverse one of the most dramatic aspects of the tests in which lenders have to guess at the amount of capital they’d be able to return to shareholders through dividends, and risk the Fed publicly rejecting their plans.

Quarles also said he favors scrapping the requirement that banks stay above a certain leverage threshold under the tests’ adverse scenarios. He added that the Fed is trying to improve how it measures risk in firms’ trading books.

For banks with less than US$250 billion of assets, including SunTrust Banks Inc. (STI.N) and Fifth Third Bancorp (FITB.O), the Fed is seeking to reduce the frequency of exams to every other year. Quarles said he is urging the full Fed board to make 2019 an off year for such lenders, meaning they wouldn’t be tested again until 2020.

In its April proposal, the Fed had already made stress-test concessions, including removing the expectation that lenders would grow their balance sheets and keep paying dividends when facing major economic stress. The agency’s proposal would also erase some of the different capital thresholds that banks must stay above. That was the carrot for the biggest lenders, which also faced a stick: Capital minimums would “somewhat increase” for firms such as JPMorgan Chase & Co. (JPM.N) and Citigroup Inc. (C.N), the agency estimated.

Quarles said Friday that he favors eliminating a requirement that it be publicly announced when banks fail the qualitative part of the tests, which measures each firm’s ability to manage capital in a crisis. He said he supports “removing the public objection tool, and continuing to evaluate firms’ stress testing practices through normal supervision.”

The changes are “not intended to alter materially the overall level of capital in the system or the stringency of the regime,” Quarles said.

To boost transparency, he said the Fed intends to “disclose additional detail about supervisory stress test models and results and to publish portfolios of hypothetical loans and associated loss rates.” The agency is also considering “additional transparency regarding scenarios and scenario design,” he added.

The Fed has been hesitant to reveal much about its tests because of fears that providing too many details would be akin to giving banks the answers before the exam. Quarles said Friday that he’s always been “skeptical” of that concern.

Quarles is scheduled to appear at hearings in the House and Senate next week to update oversight committees on the Fed’s regulatory efforts.