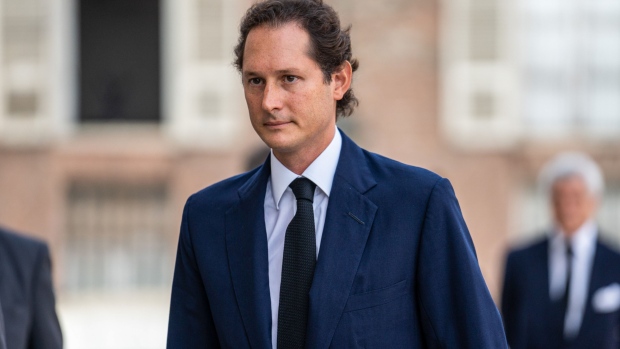 “We are not worried,” Elkann said Thursday, calling the suit “groundless” at an investor event in Turin for Exor NV, the holding company of Fiat’s founding Agnelli family. “I’m disappointed over the false accusations against Marchionne, who can’t defend himself.”

Elkann, the 43-year-old Agnelli family leader, was responding to the federal racketeering lawsuit filed by GM on Wednesday that accuses Marchionne of playing a role in a years-long corruption scheme that’s already landed car executives and labour leaders in jail. His remarks set up a confrontation with GM CEO Mary Barra, who speaks later Thursday in New York.

The stakes are high given the charges, if borne out, would tarnish the legacy of an executive credited with saving Fiat, and then Chrysler during a 14-year run — and with it the Agnelli family’s fortunes. There’s also the prospect that the allegations could complicate Fiat Chrysler’s plan to merge with Peugeot owner PSA, leapfrogging GM to become the world’s fourth-largest automaker by volume.

The lawsuit “comes at a very delicate time for FCA,” as it negotiates terms of the PSA merger and a new labour contract, said Marco Opipari, an analyst with Fidentiis Equities, in a note. “This is not a lighting bolt in the clear sky, as the federal anti-corruption investigation” is ongoing.

Fiat said Thursday that talks with Peugeot are progressing well, and Elkann added that he expects a binding memorandum of understanding by year-end. Paris-based PSA, which also owns the Citroen, Opel and Vauxhall brands, declined to comment.

GM alleges Fiat Chrysler inflicted billions of dollars in damages by bribing United Auto Workers’ brass for competitive advantages that the union denied to GM. The illicit payments benefited Fiat Chrysler starting in 2009, when the two companies were emerging from government-backed bankruptcies, through 2015, when Marchionne conspired with the UAW to attempt a takeover, according to the suit.

The U.S. automaker may seek at least US$6 billion in damages, and given it’s filed the suit under the federal RICO act, the amount “could yield a figure as high as [US]$15 billion,” estimates Ryan Brinkman, an analyst with JPMorgan Chase.

Fiat Chrysler on Wednesday said it assumed GM was trying to undermine active negotiations to clinch the PSA merger and the UAW contract.

Shares of Fiat Chrysler fell as much as five per cent in Milan on Thursday, their biggest intraday drop in almost four months. It was down two per cent around 2:15 p.m. in Milan. While GM isn’t suing the UAW, it’s risking relations with the union by airing more allegations of wrongdoing on top of what federal prosecutors have already made public. GM dipped three per cent in New York on Wednesday.

“GM could have a hard time proving its damages and that they were caused by the alleged bribes. Moreover, the alleged merger it sought to force upon GM using its superior relationship with the UAW didn’t happen.” --Holly Froum, Bloomberg Intelligence analyst

The suit is remarkable both in terms of precedence and irony. Big automakers are accustomed to dealing with major litigation brought by regulators and consumers, but not by one another -- especially not with so much as a courtesy call beforehand.

And if arguments both sides are making against each other are true -- that Marchionne was using the UAW to bully GM’s Mary Barra, and that she’s now trying to undercut Fiat Chrysler’s combination with PSA — the chess moves will go down as among the most dramatic by Detroit executives in decades.

In a statement, the UAW denied that past contracts were tainted, saying there were “multiple layers of checks and balances” to ensure their integrity. Hours after responding to GM’s suit, the union announced its executive board brought charges to remove Gary Jones, who succeeded Williams as president last year. He resigned Wednesday, according to his lawyer.

--With assistance from Chiara Remondini, Tommaso Ebhardt and David Welch.