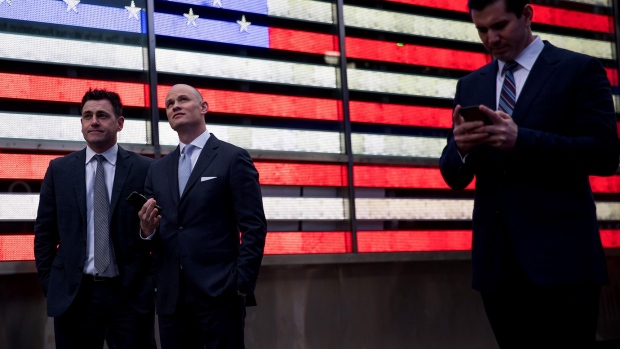 Pedestrians stand in front of an illuminated American flag in the Times Square neighborhood of New York. , Photographer: Michael Nagle/Bloomberg

Waiting for the trading floor to clear for the night might be the best way to notch up gains using the world’s largest exchange-traded fund.

Buying the SPDR S&P 500 ETF, or SPY, at the close of trading and selling it at the next day’s market open has yielded more than 670 per cent, excluding dividends, since 1993, according to Bespoke Investment Group. That compares with a loss of more than 11 per cent if you bought the fund at the open and sold at the close on the same day.

“All of the market’s move over this entire period has been driven by gains experienced outside of the trading day,” Justin Walters, co-founder at Bespoke, wrote in a note. “Most of the market’s major news events like economic releases and earnings reports are released either after hours or in the pre-market, and this causes SPY to either open higher or lower versus the prior day’s close.”

Though Bespoke tracked the results of this strategy since the US$279 billion fund started trading, it found that specific years or time periods showed varying results. Until June, 2019 was bucking the trend, with SPY seeing more gains during regular trading hours. But, due to a lack of negative headlines related to the U.S.-China trade tensions, trading after-hours again looks favorable, Walters said.

Still, the intraday strategy has yielded more than 15 per cent this year, while buying it at the close and selling it the next morning has gained about 4 per cent.