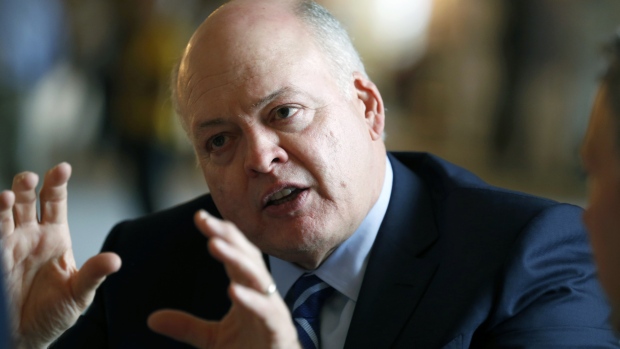 Jim Hackett, president and chief executive officer of Ford Motor Co., speaks during an event at the Michigan Central Station in the Corktown neighborhood of Detroit, Michigan, U.S., on Tuesday, June 19, 2018. , Bloomberg

Ford Motor Co. stock has fallen further under Chief Executive Officer Jim Hackett than it did during the leadership of his predecessor, who was ousted by the company’s board.

The automaker’s shares have declined 38 per cent since Hackett became CEO in May 2017, replacing Mark Fields, who was pushed out by Ford directors unhappy with the direction of the company. During the 35-month tenure of Fields as CEO, Ford’s stock fell 37 per cent.

Hackett is under pressure to accelerate his US$11 billion turnaround plan after a disastrous rollout of the redesigned Explorer SUV led to dismal earnings and a disappointing profit forecast. While Hackett maintains the support of Executive Chairman Bill Ford, great-grandson of founder Henry Ford, he shook up management last month and installed Jim Farley as his new No. 2 executive to speed up the company’s revival.

Investors have continued to sell off Ford shares, which fell 4.8 per cent to close at US$6.74 in New York trading on Thursday, the lowest in almost 11 years.

“The company must earn back the trust of the market by delivering results ... as in not missing numbers for the rest of this year and showing a real path to improving profitability significantly,” Adam Jonas, an analyst for Morgan Stanley, wrote in a March 3 research note. He rates Ford the equivalent of a buy but last month switched his top pick from Ford to General Motors Co.