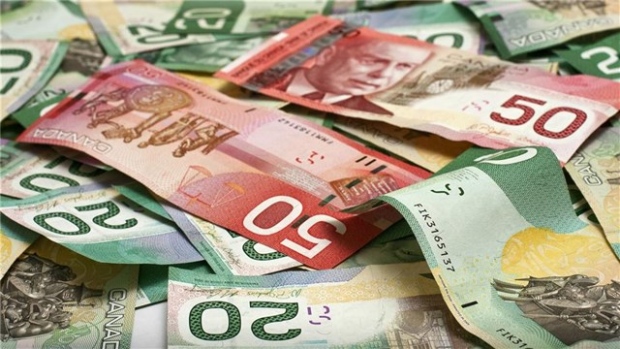 Foreign direct investment in Canada rebounded in 2018, showing businesses may be regaining some of their confidence in an economy hampered by falling oil prices and trade uncertainty.

FDI rose to $51.3 billion last year, Statistics Canada reported Thursday, the highest annual total since 2015. That included inflows of $16.4 billion in the final three months of the year, which was the second highest quarterly total since 2015.

The numbers represent a bounce back from a dismal 2017, when inflows fell to the lowest since 2010 amid an exodus of capital from the nation’s oil patch and worries about the fate of the North American Free Trade Agreement. The bulk of foreign direct investments last year were in non-energy sectors of the economy.

The report should also be a relief to policy makers who are counting on investment to contribute more to Canada’s economic expansion going forward, as consumption spending from households slow. The need to attract investment was one of the rationales for why Prime Minister Justin Trudeau’s government introduced $14 billion in temporary write-offs for capital investment in November. 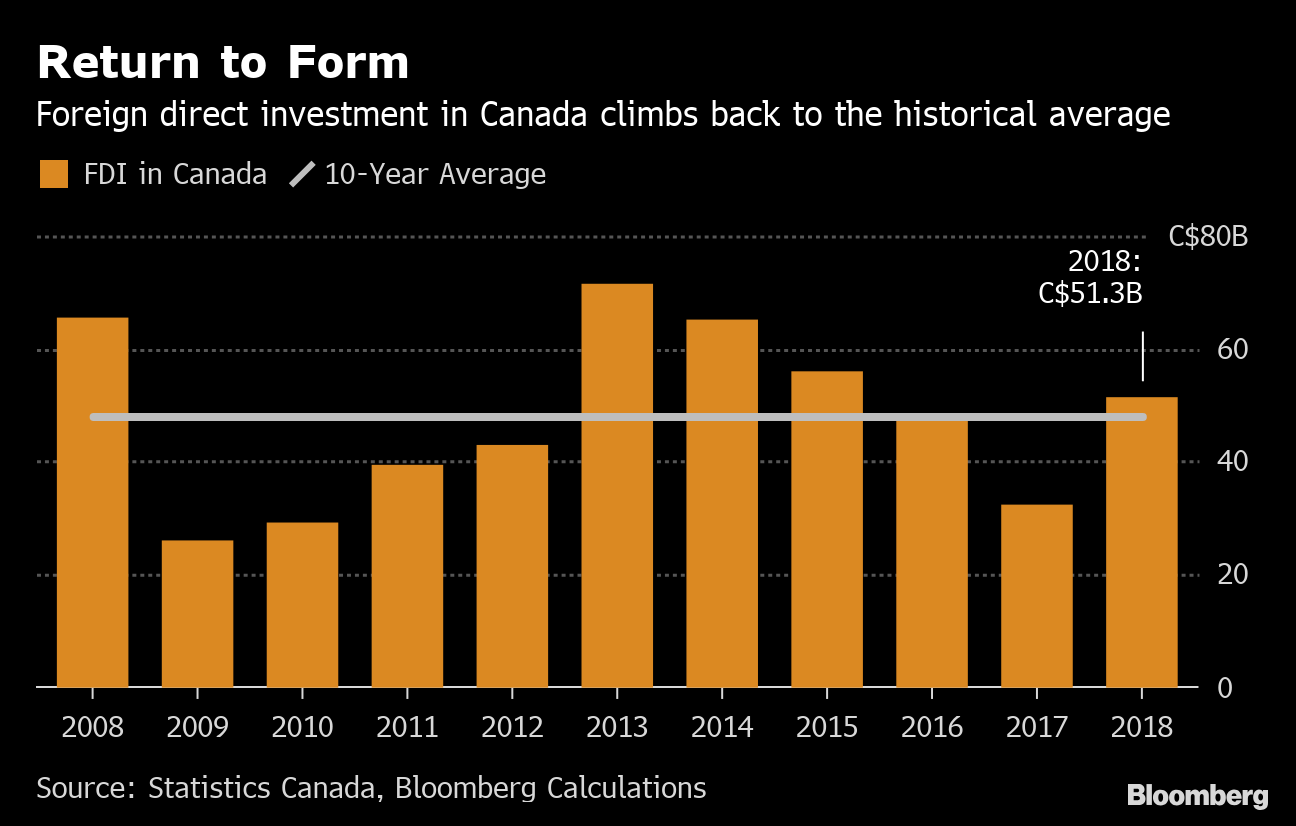 “While declining oil prices have made Canada’s oil patch less attractive, the pick-up in other sectors is encouraging,” Priscilla Thiagamoorthy, an economist at Bank of Montreal, said in a note to investors.

While the FDI numbers are promising, it’s still too early to say how much the overall business investment picture is improving. The next big numbers come out Friday, when Statistics Canada releases national economic account data for the final three months of 2018. Analysts will be gauging the extent of a rebound in business investment, which tanked last summer amid uncertainty around Nafta negotiations.

A separate survey from Statistics Canada released Thursday showed a mixed picture for investment, with Canadian businesses planning to increase capital expenditures by 2.5 per cent in 2019. While not an acceleration from last year’s pace, there are signs of strength in some sectors like manufacturing.

FDI is an important source of capital to Canada because it is a stable source of funding to finance spending. The economy has needed almost $600 billion of foreign funding over the past decade, including $59 billion last year.

Much of that financing has been met by short-term funds, which makes Canada more vulnerable to a sudden loss of interest from foreign investors.